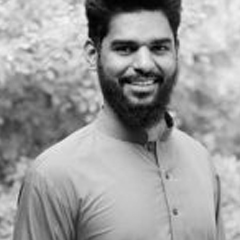 Yemen’s anguish and our neglect

The Crown Prince Muhammad bin Salman’s visit to Pakistan in February this year was celebrated and talked and written about for days on end. It was hailed as one of Imran Khan government’s top diplomatic feat-although to believe this is sheer naivety; reason enough to hope that the ball would for long now be in our court, that aids in trillions would start pouring in, that the Pakistanis living in Saudi Arabia would be treated better, that the proposed trade agreements will be delightedly agreed upon; and so on and so forth. Since a lot has already been said about this-that now seems history-to say more would be futile, irrelevant.

But what, woefully, is not history yet, and one knows not when will it be so, is the war in Yemen, that although set about in 2015, continues to haunt Yemenis, and seems not a matter grave enough to set the alarm bells ringing in Islamabad.

Here’s a brief insight into thewar.

The Arab Spring was followed by anunrest owing to which in 2011, the long-time despoticPresident of Yemen, Ali Abdullah Saleh, had to turn inpower to his deputy, Abdrabbuh Mansour Hadi, for the reason that the latter was not just supposed to bring aboutpolitical stability, but also be Saudi-friendlier. Turned out, President Hadi couldn’t deal with the plethora of challenges and problems Yemen confronted, and taking advantage of thiswas the Houthi Movement that conquered the northern part of Saada province, and the Yemenis upon becoming hopeless of the regime, followed suit by joining hands with the Houthi Rebels who by 2015 took over Saana.

In a bit to regain power, Yemen’s ex-despotic-president Saleh negotiated with the rebels and retook control, and resultantly, Hadi was forced to run away with his life. And that’s when the Saudis stepped in, backed by the U.S., UK and France, and since then, escalation is all we hear of.

Houthis, who are akin to the Shias of Iran, the Saudi government believes are supported by Iran, and for it to halt them from advancing their beliefs is reason enough for the mayhems it has wrecked to be justified-although it’s but a hoax, and there’s more to it; a lot more.

As per the United Nations, the war in Yemen has led to the worst humanitarian crisis in the world with 80pc of its population in dire need of humanitarian aid, and out of it, 14.3m necessitateinstantaid.

Purporting at reinstating the ‘internationally recognised government of President Abd-Rabbu Mansour Hadi which had lost the capital Saana and other strategic territories to the Houthi rebels’, the Saudi-led coalition has thus far launched 20,000 raids in Yemen leaving-as per a UN’s report-17,700 dead or injured. An independent group approximates more than 60,000 fatalities since 2016.

Whilst atrocities have been carried out on both sides, the UN says the Saudi-led campaign is responsible for most of the civilian casualties. 3.3million people remain displaced and nearly 20million peopleare in dire need of medical assistance. The same number of people are food insecure, and to make matters worse, 10msuffer from extreme hunger making the situation in Yemen the world’s largest food security crisis, and an approximated 85,000 children under the age of 5 have died either on account of extreme hunger or disease.

One reason behind people dying of malnutrition and other hunger related diseases is because of the areas most affected, is the port city of Hodediah that’s responsible for 90pc of Yemen’s food, water and medicine, and without so significant a supply,famines and grievous illnesses have become inevitable.

Let the long story be cut short.The UN says the situation has worsened over the years and more people are becoming reliant on humanitarian assistance, and there, as ill-fated as they are, is little on offer for them.

Having now known what the Saudis are doing to the Yemenis, it’s about time the implicit intent of this op-ed was unearthed.

Pakistan hasn’t in clear terms supported or announced to support the Saudi-led coalition in Yemen, but hailing the main perpetrator of what is being considered ‘the worst humanitarian crisis’ as a hero and clapping hands and rejoicing his saying that we better consider him Pakistan’s ambassador to Saudi Arabia, does mean that we are turning a blind eye to what he has done to the Yemenis, or perhaps, even that all being done is justifiable

Money speaks louder than do human rights and sympathy. The fact that Pakistan conferred its highest civil award on the crown prince upon his visit delineates how neglectful towards Yemen it is. And although it did give rise to mixed feelings among the Pakistani citizens, sanity only prevailed when it was precisely believed that Muhammad bin Salman wasn’t deserving of the civil award-and that too a country’s highest.

In so doing, the PTI led Pakistani government not only rather brutally and knowinglybrushed under the carpet the concerns of the Yemenis, but failed to adhere to its chairman opposing Saudis’ intervention in Yemen when it was fresh and hot-whilst hot it still is.

The war in Yemen has thus far only been intensifying, and the end of it for now is out of sight. The unprecedented support the U.S., UK and France have continuously been rendering to the Saudi regime will only further worsen the already worsened conditions. ‘Should the West cut off ties with Saudi Arabia?’ is a query that is being widely and hotly discussed and debated upon in the West, and even those who in response to this query nod their head in approval, confess that diplomatic isolation in this day and age is not the need of the hour. What it however is, is the occlusion of ‘unprecedented’ support and approval of all of Saudi regime’s policies, and not dissenting with thedisgraceful human rights violations it has been carrying out. The curbs it has imposed on freedom of speech and expression have to be, it is believed in the West, repudiated and condemned, albeit Pakistan paralleling the Saudi regime in this regard when it took to taking action against those who put on their display pictures photos of Jamal Khashoggi whose orders of lynching the CIA has disclosed the Crown Prince Muhammad bin Salman dispensed.

Pakistan hasn’t in clear terms supported or announced to support the Saudi-led coalition in Yemen, but hailing the main perpetrator of what is being considered ‘the worst humanitarian crisis’ as a hero and clapping hands and rejoicing his saying that we better consider him Pakistan’s ambassador to Saudi Arabia, do mean that we are turning a blind eye to what he has done to the Yemenis, or perhaps, even that all being done is justiciable, right.

In solidarity with the Yemenis, Pakistan assuredly can’t risk diplomatic isolation with Saudi Arabia owing to many already-widely-talked-about reasons. But what it can do is to raise this issue to the regime, and put forth its condemnation and complete disapproval of it.In the midst of all that Saudi Arabia intends to do for Pakistan, the latter ought not to stop giving due ear to the atrocities the former commits. Human rights should under all circumstances be preferred over aids, however huge they are. In order for the Yemen’s anguishes to end, our neglect too soon should.