Augusta National opens doors to women — at least for one day 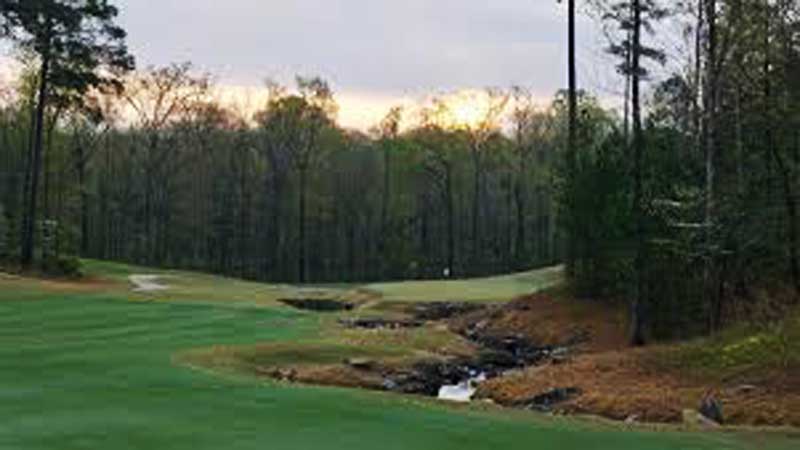 When the fight for gender equality in golf is chronicled Augusta National will not be the key battle but it will be remembered as a provocative flashpoint and the site of another small victory this week when the club hosts a women’s tournament. When the golfers tee it up for the final round of the Augusta National Women’s Amateur on Saturday they will take a shot at one of sport’s symbols of gender segregation, playing on a course that seven years ago did not even allow female members. Once the sanctuary of some of the world’s most powerful men and home to the revered Masters tournament, Augusta National Golf Club for decades remained unmoved by outside influences.

Former Augusta chairman William “Hootie” Johnson in 2003 declared the club would not be forced into a decision on women members “at the point of a bayonet”. Nearly a decade later in 2012, in the face of mounting pressure, the club opened its doors with former U.S. Secretary of State Condoleezza Rice and financier Darla Moore becoming the first women to don the iconic green jackets that distinguish members and Masters champions. While the word historic has been attached to the inaugural Augusta National Women’s Amateur, Martha Burk, an activist who was on the frontline in the fight to get women into the club, has labelled it a public relations stunt.

Burk thrust the secretive club into the unwanted global spotlight in 2003 when the then chair of the National Council of Women’s Organisations staged a protest. While the demonstration fizzled, Burk’s determination did not as she and her group mounted a campaign asking consumers to boycott Masters sponsors and companies whose CEOs were members of Augusta National.

That pressure along with lawsuits, Burk says, eventually opened the doors at Augusta National to women in 2012. But since then, she believes there has been remarkably little progress and that it will take another 200 years for Augusta National membership to come close to being evenly split between men and women. “I see it (Augusta National Women’s Amateur) as a baby step, I wouldn’t even go as far as to say small step,” Burk told Reuters. “There’s more to it than that, it is a big PR deal. “Let’s call it what it is, they are trying to give the illusion of progress. “It is still boys club.”

Tradition: No green jacket awaits the winner of the Augusta National Women’s Amateur and only the final round of the 54 hole tournament will be played at Augusta on Saturday, the first two rounds set for Wednesday and Thursday at Champions Retreat Golf Club in nearby Evans. But tradition is the cornerstone of Augusta National’s brand and the club will honour it when the women visit. Players will arrive by driving up leafy Magnolia Lane and just like the Masters there will be a ceremonial tee shot with LPGA greats Nancy Lopez, Seri Pak, Lorena Ochoa taking the honours. The trophy presentation will also adhere to Masters tradition, a silver and gold Tiffany-designed cup on a magnolia base of made of wood taken from a magnolia tree at Augusta National, presented to the winner at the Butler Cabin.

“I think women have always sought the big spotlight,” said Paige MacKenzie, a former-top ranked amateur who will be part of NBC’s coverage of the final round, during a conference call. “They want the centre court at Wimbledon, they want the main stage and now they have it. “There are people within Augusta National that believe that women are worthy of this stage and have bought into what this event could be.”

The logical next step would be playing all three rounds at Augusta but many have bigger dreams, including a women’s Masters. “Things at Augusta don’t happen very rapidly,” said Kay Cockerill, a two-time U.S. Women’s Amateur champion who will also be part of NBC’s coverage team. “They’re sort of a slow-moving wheel, and the wheel is moving. You have to start somewhere. “I don’t know if you have to have a women’s Masters but I’d like to pipe dream and think that would be the ultimate end point.”