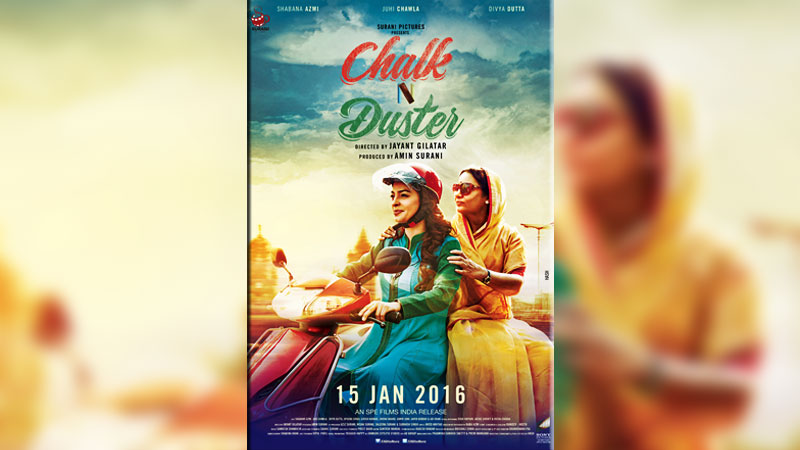 ‘Chalk & Duster’ is a Bollywood drama film which was released on January 15, 2016. The film is written by Ranjiv Verma and Neetu Verma and is directed by Jayant Gilatar and produced by Amin Surani. The three main characters in the film are Jyoti, Vidya and Kamini Gupta. Vidya plays a mathematics teacher who understands her students by making them dance and enjoying herself in class. Jyati is a science teacher who gives chemistry lessons. Kamini Gupta is known as ‘Hitler’ and is the principal role who simply oppresses students and the staff.

The main aim of the film is to let people know about the current education system of private schools. The movie tells that now a days education had been a great source of earning money in private schools, since education ought to be kept as education but our managements are keen of taking it as a business. Kamini Gupta, when convinced Porekh, the owner of Khantaben High School by saying that she will refashion the school and make it number one in all over the world then Perok accepts and promotes her from supervisor to the principal, who applies some stringent rules like take outing the chairs from classrooms, taking fee from those children whose parents are themselves teaching in that school, besides replaced all senior and highly paid teachers, instead of whom wants to bring unqualified and untrained teachers.

The running time of the film is two hours and 11 minutes with a convincing and instructing message, which makes one teary-eyed. The most entertaining scene in the film for me was when a quiz runs in the end by Rishi Kapoor to two most senior teachers Jyoti and Vidya so they could prove their talent and worth.

Furthermore, The best actress was Joyati who performed very well and face the challenges to responded the management of corrupt education system to give the respect and honour back to the teachers which they deserve.

However, The movie raises awareness that teaching, despite being a noble profession is lack of respect and values, on the other side, respect gets those who has money and power in their profession, like politicians, cricketers, film stars and many else.

The inspiring film which is about teaching shows you the real life of private schools and their teachers. Besides, make the parents to know that when their children get failed at any subjects shouldn’t be beat and scolded, rather they should be motivated to keep rocking, and correct their mistakes by painstakingly.

The running time of the film is two hours and 11 minutes with a convincing and instructing message, which makes one teary-eyed. The most entertaining scene in the film for me was when a quiz runs in the end by Rishi Kapoor to two most senior teachers Jyoti and Vidya so they could prove their talent and worth

The film was fascinating with its gripping music which motivated me a lot to be a industrios and studious student. The film was really exciting and, I enjoyed a lot with emotions and some parts rolled my tears to my checks. 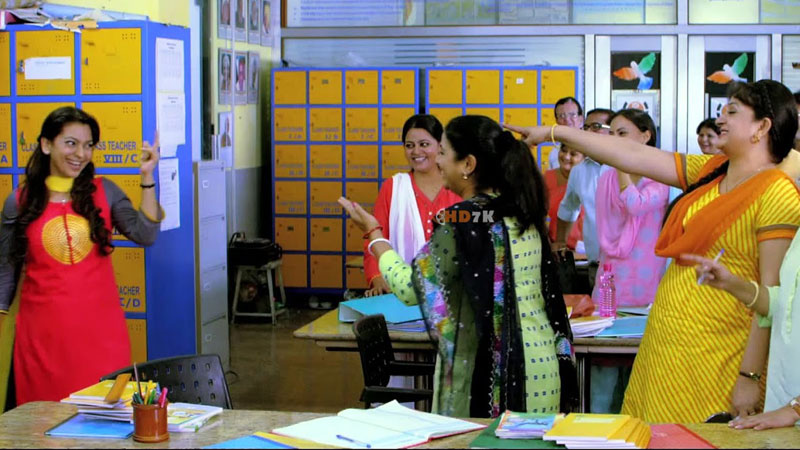 I recommend the film to all, especially the students, parents and the management of private schools so they would know how important respect towards the teachers is. It’s only because of their selfless that students are able to seek brighter futures. Without a shadow of a doubt, a single teacher makes the whole community or society worth living. Without teachers, a country, nor a nation can progress further.

The film talks about teachers’ and students’ communication, and highlights the problem of teachers and students in an educational system which is changing day by day.

The film was directed by Jayant Gilatar, written by Ranjiv Verma and Neetu Verma and produced by Amin Surani.

Upon release, the film received mixed to positive reviews from critics. The Hindustan Times said, “It’s a well told ethics versus greed story”.

The film was made tax free in Delhi, Rajasthan, Uttar Pradesh and Bihar.