The faulty logic of FATF (Part I) 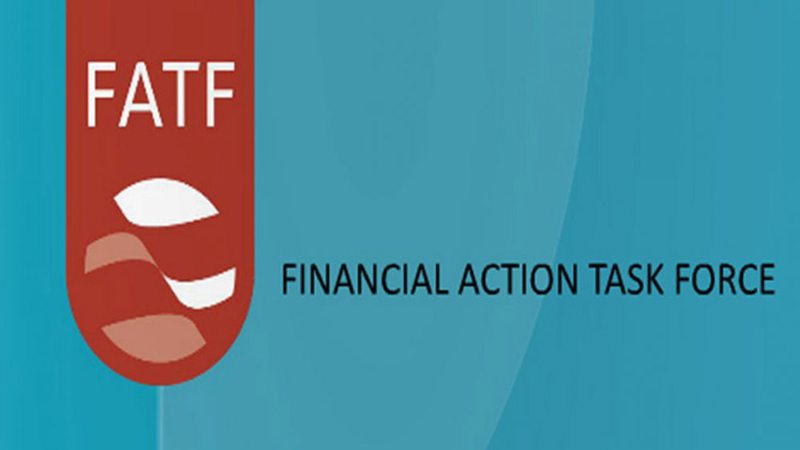 Having already put Pakistan on its ‘grey-list’ of jurisdictions, the Financial Action Task Force is now bearing down on Pakistan’s financial architecture with the threat of blacklisting the country. Although, the consequences of blacklisting would not be fatal for Pakistan, and it is a resilient country that has weathered many a storm before; the FATF blacklisting measure could nonetheless have worrisome effects on the banking system, on the flow of remittances, on philanthropic organizations, on individual accounts, on the flow of foreign investment, and on our negotiations with international organizations such as the IMF.

Because the FATF’s measures could be far-reaching, the FATF is indicative of a general problem in economics known as adverse selection. Long understood in the literature as a selection problem that distorts normal economic function, adverse selection occurs when an entire group is discriminated against because of the risks posed by a select few. For example, the risk premium and borrowing costs for an entire group might rise because only a few members might present troubles in repayment.

For Pakistan, a country of 200 million plus people, the small percentage of people that would pose any meaningful threat to the global financial system through money laundering is so minute as to be a mere rounding error. Yet, the entire economy of Pakistan, all its residents included, is being targeted for possible blacklisting as the FATF penalizes the entire nation’s financial architecture.

This scenario is in fact a form of collective punishment, whereby although the vast majority of bank- and non-bank financial transactions in a massive country are legitimate economic acts, the entire country is attacked by sanctions. Of course, this then raises questions about the legitimacy of the FATF itself, which is but a voluntary inter-ministerial body tasked with setting standards: a consultative group, so to speak. Yet it is wielding a big stick against large societies, despite the abrupt and subjective nature of changes in its rules and requirements for conformity, and it poses the threat of (at least partially) choking off countries from the global financial system.

If the FATF is less of a carrot and more of a stick, then there are fundamental questions about its logic that must be posed regarding anti-money laundering and terrorist financing. First, if the world chokes off Pakistan’s financial system, and sets it off as a pariah state in international commerce, will this really improve the state of the legitimate economy? Second, would this not instead force even legitimate actors to go underground and find ways to transfer their funds in the informal economy? Third, should a self-proclaimed policeman really walk around shuttering the entire bazaar, at the risk that one shop in a million could be a crook?

Indeed, the FATF should be playing out a more constructive role in Pakistan rather than serving as a punitive force, and strengthening governments around the world instead of weakening them, for weak governments are always vulnerable to yet greater suffering at the hands of non-state actors.

Blocking the flow of remittances, of international commerce, of philanthropic organizations, and of capital needed for development will in fact backfire on the FATF’s members seeking to muzzle Pakistan’s economic energies. Instead of caging terrorist finance or stemming money laundering, the impact will be on the nation’s regular course of business. The terrorists and launderers are always wily and dangerous enough to find alternative financial means, while the mass of ordinary citizens will serve out an imposed collective punishment.

The basis of the FATF’s faulty logic is that it alludes to punishment for non-compliance rather than encouragement towards better compliance. The approach of its partisans suggests that structural economic violence against a people will mobilize them towards better behavior. Worse still, the demand that Pakistan “do more” to fight (financial) terrorism is forever a bottomless pit. Pakistan has been FATF-compliant in the past, but the FATF’s mandate has swollen since its foundation in 1989, from 30 points to 40 points, to the “40+9” today. With such policy creep, it is inevitable that some countries will fall into the FATF’s crosshairs at some point. As the tone in the FATF’s regional mirror body, the Asia Pacific Group (APG), is set by hostile or semi-hostile countries such as India, the United States, and Australia; what has resulted is that an ostensibly professional standard-setter has become a virulently political weapon. As such, the FATF fails to recognize the massive contribution that Pakistan has made towards fighting terrorism in the post-9/11 era, at the expense of long-term economic damage, let alone the irretrievable loss of nearly 100,000 precious human lives. Operations carried out in regions such as the tribal areas, the Swat valley, and even urban centres have not come without sacrifice.

Pakistan simply isn’t being given enough credit for spearheading, and then succeeding, in the combat against radicalism, a consequence at least in this region of the first American adventure in Afghanistan against the Soviet Union. The FATF is droning the message of “do more, do more” without offering the due recognition of Pakistan’s commitment towards international stability. What the FATF is now asking of Pakistan is a set of sweeping changes that cannot be implemented at short deadlines, not even by developed countries with deep financial markets. Those require deep structural changes, involving: (1) a cultural shift away from informal transactions, deeply rooted in our psyche, (2) heavy-duty restructuring of our financial architecture, along with a substantial compliance cost for a banking architecture that is comparatively small, and (3) the implementation of laws that have sat on the books for decades, but which require implementation despite various limitations caused by illiteracy, financial exclusion, and inequality of economic access. The Pakistani government is very mindful of the task ahead, and has appropriately signaled that it will work towards the implementation of its anti-money laundering and terrorist financing laws, which are in arguably more stringent than the FATF’s recommendations. These measures are to be broad-based, and are bold in that they will involve pursuing money laundering and tax evasion by those who wield significant political clout. At present, an ex-prime minister is in jail, while an ex-president is under investigation. Such accountability processes would certainly be improved if the FATF focused on the actual havens of global money laundering; the “fiscal paradises” such as Panama, the City of London, the Cayman Islands, and Delaware. But in Pakistan, the accountability process cannot happen overnight, and certainly not while the FATF breathes down its neck. The timelines, the sanctions, and the fundamental logic of the FATF thus embody a cruel stick of structural violence. The FATF should instead serve as more of a carrot in encouraging financial oversight and financial inclusion as a prescriptive body recognizing the steps that Pakistan has taken, and is about to take.

The writers are directors at the Centre for Aerospace and Security Studies (CASS). They can be reached at cass.thinkers@gmail.com