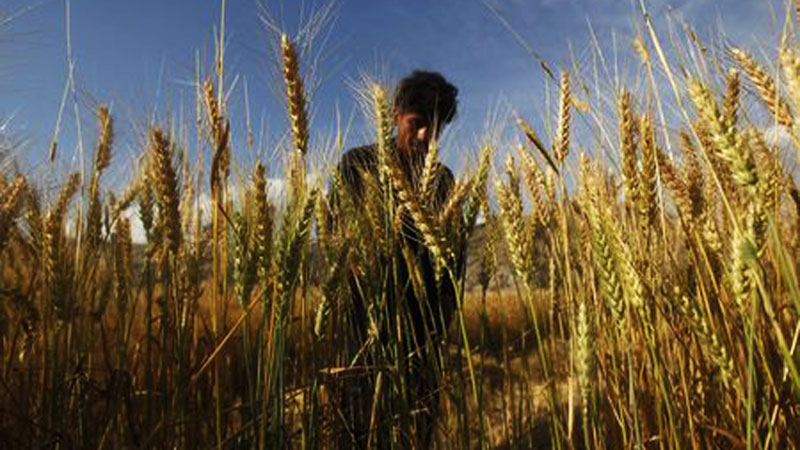 Afghanistan’s summer harvest will be one of the most critical in years, especially of wheat, its biggest cereal crop, as the country recovers from floods and the worst drought in decades, government and aid organization officials say.

Ample snow and rain during winter partly replenished soil moisture and raised hopes for a better wheat crop, which is a food source for rural families who turn their harvested grain into bread. Last year, however, drought displaced hundreds of thousands of people and also forced farmers who stayed in their homes to sell livestock and tools to survive, making recovery a multi-year challenge.

Many farmers were unable to plant crops last year because of parched conditions.

Jabbar, 44, a farmer in Balkh province in northern Afghanistan, sold sheep, cows and one camel at discounted prices to buy food for his family of 12. Recent floods washed away some of his land that had been planted with peas and wheat.

“I have a big family so it’s my responsibility to feed them. If it rains or not, it is harmful to us,” he said, referring to the double damage inflicted by drought and flood.

“I hope I can get good results this year.”

Floods in March complicated the recovery. Heavy rains killed at least 63 people and destroyed or damaged more than 12,000 homes, affecting 119,600 people, according to the United Nations’ Office for the Coordination of Humanitarian Affairs (OCHA).

Some 243,000 people remain displaced from last year’s drought in the western provinces of Herat, Badghis and Ghor, according to OCHA. Many have moved to urban areas where they live in tents on public and private lands, creating tensions with landowners.

“If the harvest is OK, that will help communities come out of a terribly bleak period. If it’s not OK, we’ll need a massive injection of food quickly,” said Toby Lanzer, the UN’s deputy special representative for Afghanistan.

The winter wheat harvested in June and July will need to help feed displaced people and some 10.6 million people who are struggling to find enough food where they live, Lanzer said.

Farming accounts for one-third of the country’s economy, although only 12 percent of its land is arable.

The wheat crop’s outlook remains uncertain, said Agriculture Minister Nasir Ahmad Durrani, in an interview on March 20. If the temperature warms too rapidly, melting snow could create floods that wipe out ripe crops, he said.