UN convention on rights of children

In Pakistan, juveniles who get into run ins with the law are often subjected to torture during investigations and detained in police stations without any proper legal assistance for days. No apparent legal reasoning seems to be required.

The UN Convention on the Rights of the Child was adopted by the UN in 1989 (CRC) and the same was adopted by Pakistan in 1990. Thereafter, the office of Chief Provincial Commissioner for Children (OCPCC) was established with the support of UNICEF in 2009 to ensure social justice for juveniles. The UN (CRC) was adopted by the UN to place a strong voice on record that children below the age of 18 years all across the globe were subjected to social justice and protection from all sorts of punishment in all circumstances. The UN (CRC) covered social and legal aspects in order to ensure a peaceful environment for the children of the world.

The Juvenile Justice System Ordinance 2000 was introduced to protect children facing criminal charges in courts across Pakistan. They aimed to forbid the use of corporal punishment or any other form of torture in custody to ensure the protection of children and also their rehabilitation into society. This ordinance has recently been replaced with the Juvenile Justice Act 2018. The spirit is to protect juveniles across Pakistan and ensure justice to them in courts and provide an opportunity to rehabilitate into society. 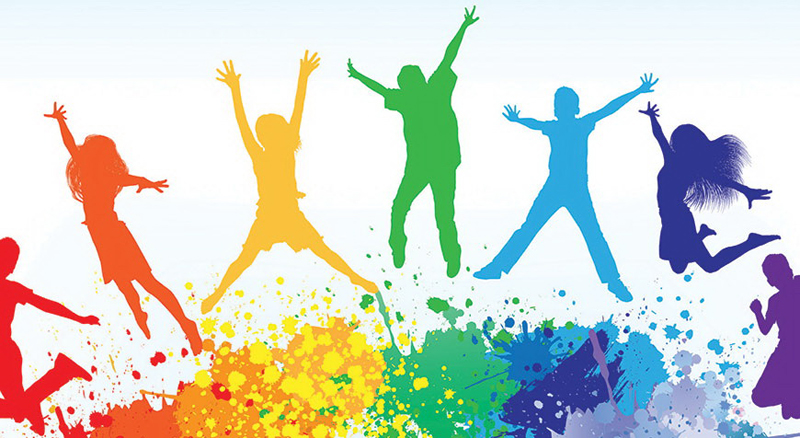 Despite this, it is a matter of serious concern that Pakistan has been placed at the low position of 154 out of 182 countries in the global ranking on child rights, lower than Iran (100), Bangladesh (113), India (120), Sri Lanka (129), Myanmar (130), and even Nepal (139). This global index is predominantly based on indicators relating to health, education and protection of children in these countries.

The UN (CRC) placed a requirement on states adopting CRC to established commission for Child Rights and Pakistan since adoption of the same until today has not established one. The law was passed in 2017 by the Parliament of Pakistan to establish National Commission on Rights of Child to date no step whatsoever has been taken by the officials to establish such Commission for protection for children across Pakistan.

The newly enacted law 2018 and Articles of UN (CRC) have similarities to the effect that juveniles below the 18 years of age will not be subjected to life imprisonment or the death penalty and not be put into solitary confinement. Article 37 of the UN (CRC) and Section 16 of Pakistani national law on dealing with juveniles prohibited the use of death penalty upon children below 18 year of age. Despite this, these laws operating in Pakistan juveniles were executed in recent times and some are at imminent risk of the death penalty. International rights groups such as Amnesty International reported recently that Pakistan, Iran, and Sudan etc. are countries where juveniles are facing death penalty. In 2011, Iran executed two juveniles for offences which they were believed to have not committed. In Pakistan numbers of juveniles are facing the death penalty despite being juvenile at the commission of an alleged offence for instance, Muhammad Iqbal alias Bali. The national law of Pakistan dealing with juveniles shall be read in conformity with Article 37 of the UN (CRC) in order to develop census within Pakistani society that juveniles/children below 18 years of age may not be sent to gallows. It is also important to be made a part of debates and workshops that age is to be considered time of alleged offence.

The Juvenile Justice System Ordinance 2000 was introduced to protect children facing criminal charges in courts across Pakistan. They aimed to forbid the use of corporal punishment or any other form of torture in custody to ensure the protection of children and also their rehabilitation into society

In my opinion, Pakistan must move to establish a National Commission on Child Rights to ensure social justice and protection for Pakistani children from all forms of punishment. Furthermore, the 2018 act dealing with juveniles facing criminal cases must be strengthened through participation of lawyers, bar councils and other judicial and administrative forums. Furthermore, there is another need of developing uniform and clear definition of juveniles in lines with UN (CRC) and newly enacted act of 2018. The UN (CRC) Article 37 says children below the age of 18 are to treated as children/juveniles and same principle was being adopted in national legislation of 2018. There are other national legislation such as Pakistan Penal Code and Criminal Code of Procedure wherein different age is defined for a person to be considered as a child.

In culmination, it is submitted that 1225 juveniles are housed in prisons across Pakistan as per tentative assessment of the Federal Ombudsman office in light of the August Supreme Court directives on prison reforms scheme. In writer’s view, officials must develop a scheme to introduce rehabilitation schemes for juveniles within prisons across Pakistan and ensure that Juvenile Justice Act 2018 to be considered in courts when juveniles are produced in court allegedly accused of criminal offences. The courts across must construe JJA 2018 in lines with UN (CRC) so to make the national law of Pakistan in conformity with international standards of human rights and precedents aiming at children. No doubt UN (CRC) is not binding upon the courts of Pakistan even then international principles dealing with social justice and humanity are to be considered by all of us everywhere in the world.

Since adoption of UN (CRC), Pakistan has miserably failed to develop peaceful and comfortable environment for its children. The establishment of National Commission on Child Rights sooner is to be notified in light of its international commitment rising under CRC. Children across Pakistan shall not be subjected to torture, and punishment of life imprisonment and death penalty-this principle is to be considered by courts so to make Pakistan a humane state.

The writer is an advocate based in Lahore