Is surma safe for newborn eyes?

* Most surma brands contain lead as one its important ingredients 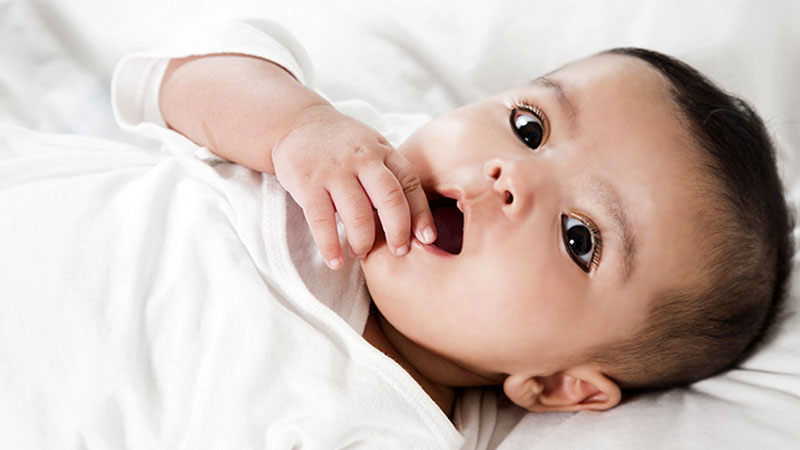 Applying kajal or surma to babies’ eyes is an old tradition in many cultures of the world specially in South Asia.

Traditional eye cosmetics ‘surma’ use is a popular practice in South Asia for centuries. In countries like Pakistan, Afghanistan and Bangladesh millions of families believe that applying kajal to a baby’s eyes will make his or her eyes more bright, luminous and attractive. Majority of people believe that surma will keep the eyes cool, clean, improve vision and strengthen the eyes. They also think that use of surma is a prevention and treatment for many eye diseases. In Indian culture majority of the families believed that applying kajal to a newborn’s eyes will ward off the evil eye. In Arab and some other cultures, it is believed that kajal supposedly soothes and protects the eyes from the harsh sun and also prevents infections. But the question, is kajal safe and good for babies’ eyes or not? Even though applying kajal to a newborn baby is considered good in many cultures, the truth is that it is a harmful practice, with possibly negative consequences.

Most of surma brands contains lead as one its important ingredient. Lead is a metal which if exceeds then a certain level is not safe for human body. A continuous lead exposure at a steady rate affects iron metabolism. Iron is an essential component of haemoglobin production. Haemoglobin is product of Iron and globin protein, present in red blood cells and is responsible for carrying oxygen to our vital organs like brain, kidneys, bones, heart etc. Due to constant lead exposure iron metabolism is affected leading to a state called iron deficiency anaemia, which may have serious effects on a newborn including poor feeding, irritability, repeated infections, poor oxygen perfusion and even coma leading to death.

As responsible parents, please stop applying kajal or surma to your newborn’s eyes. Almost all brands of kajal and surma contain high levels of lead. Prolonged application of surma may result in excessive lead loading in the body. Lead is extremely destructive and harmful to the baby

As responsible parents stop applying kajal or surma to your newborn’s eyes. Almost all brands of kajal and surma contains high levels of lead. Prolonged application of surma may result in excessive lead loading in the body. Lead is extremely destructive and harmful to the baby as too much lead in the body can affect many organs, the brain, kidneys and bone marrow, causing low IQ, anaemia, and convulsions. While applying surma to your baby’s eyes or eye brows, if your hands are not hygienic, they may transfer infections to the baby. As little babies are irritable off and on, so it is possible that accidentally you may hurt your baby’s eyes with your nails or fingers while applying kajal. When kajal or surma is washed off during a bath it passes down through the nasolacrimal duct, which is a small opening between the eyes and the nose. This is a very minute opening and the thin tube following it is also very narrow. Surma can block it, causing partial or total occlusion and causing severe infections later on. Kajal can also cause irritation, discomfort, itchiness and watery eyes.

It’s recommended by many researchers and paediatricians that your baby’s eyes be kept free of kajal, surma or kohl. The ingredients or packaging of kajal tubes or surma bottles could also be contaminated if safety and hygiene practices haven’t been followed. Even if some brands claim they are lead-free or 100 percent natural it’s difficult to be sure and they may be just as unsafe. Cornea, the central part of the eye is very sensitive to dirt and irritation. Dirty fingers, sharp and uneven fingernails, surma application stick, kajal pencil or brush can hurt baby’s eyes. Apart from the immediate pain and discomfort, in severe cases, can also affect your baby’s vision.

In a recent research a total 34 surma and kajal samples of different brands were collected and analysed for the presence of lead. High lead levels were detected in all samples. Along with lead most of samples also contained some other elements like amorphous carbon, zincite cuprite, goethite, elemental silicon or talc, haematite, aluminium, and organic compounds. Manufacturing of surma, kajal and kohl is mostly not regulated and lead content varies greatly, from 16 to 70 %. During same research blood lead concentrations were measured in 93 children, of whom 69 used surma regularly. Research proved that use of surma is associated with high blood lead concentration with significant reduction of haemoglobin levels. Presence of lead in all most all brands of kajal and surma can be hazardous to human health and is particularly dangerous for children because of their immature neurological system. Children may show behavioural problem or even reduced mental capacity at low exposures to lead. Lead poisoning is an international problem, considered to be the most important environmental disease in children worldwide. Children under 7 years of age and pregnant women absorb lead in the highest quantities, and even low levels of lead exposure is considered extremely dangerous to pregnant women. 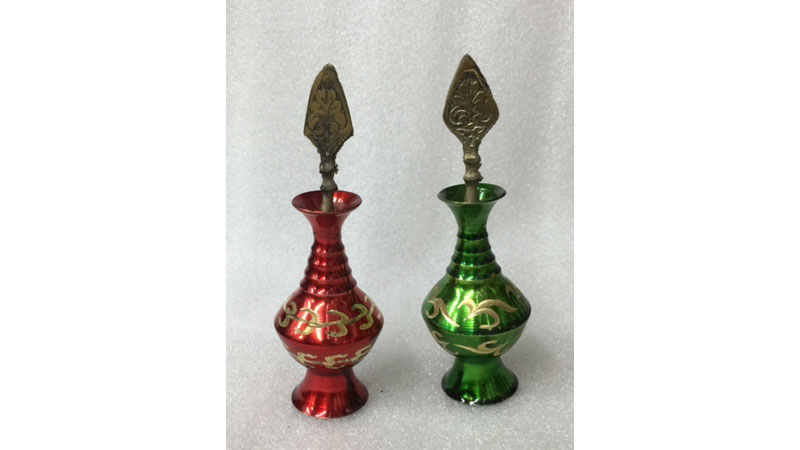 It is fact that many people living in different cultures apply surma to their infants eyes and faces, not knowing about its potential damage to organ system in the body. At present, the principal sources of lead exposure for newborns, infants and growing children is kajal, surma, paints, dust and contaminated water. We have to consider surma as more obscure source, which may continue to be a risk and should be suspected in cases of lead poisoning. surma is used by adults as well as children, infants and newborn babies. Even though apprehensions about its safety have been raised, its use in pediatric age is very prevalent.

The beliefs and practices with respect to use of kajal and surma in children is described in a recent research. 64% mothers were educated who were applying surma to their kids without knowing about its bad effects. More than 90% mothers applied ‘kajal’ simply due to the advice of their elders in family. More than 50% parents did not know the advantage of applying ‘kajal’ but they are using it as traditional practice. Some people believed that kajal or surma will increases the size of eyes, improves eye sight and protects the eyes against diseases. The use of surma as eyeliner is a popular practice in all over the world, and majority of people firmly believe that it is safe to use. During research no mother who applied ‘kajal’ could enumerate any disadvantage of using kajal. Mothers who are not using ‘kajal’ for their children, mostly did not have any reason for not using it. It is fact, despite recommendations against the use of ‘kajal’, it is routinely used in children. It is essential that the healthcare benefactors and providers should educate the parents regarding the harmful effects of surma & kajal.

As a pediatrician I would like to suggest some important steps that need to be taken by different health organizations and health institutions to create awareness about serious harmful effects of kajal, surma and eye liners specially for newborn babies, infants and toddlers. Healthcare organizations, pediatricians, researchers and ophthalmologists should interact with social leaders to educate public about hazardous effect of surma. Parents can be educated directly by pediatricians, ophthalmologists and other primary health care providers. Educative material about injurious effects of surma& kajal can be display in the health care facilities like hospitals and clinics. Advertisements proclaiming unauthenticated advantages of kajal should be banned through legislation. Moreover, ministry of health has to issue regulatory directions to manufacturers regarding compulsory testing of ‘kajal’ for levels of lead and other heavy metals and getting certification from some specific health authorities before marketing their products.

The writer is a qualified doctor currently practising in Saudi Arabia. He can be reached at drfaisalkhanarticle@gmail.com