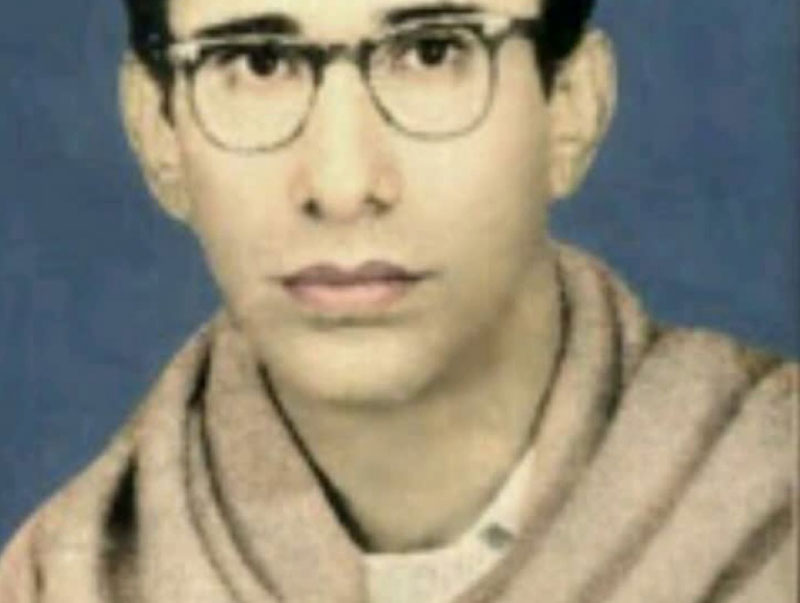 March 4 is known as the most sorrowful day for Baloch nation, since they lost a well-known personality namely Syed Hashami. He was one of the greatest author, researcher, poet, historian and a linguist. Besides this, Sayad was not expert in Balochi language only, he kept expertise in Urdu, English, Arabi, Hindi, Persian and Sankirit as well.

Syed was born in 21, April 1926, in a blessing town called Gawadar. He studied his primary education from his father Syed Muhammad Shah Hashmi at home, and did passed his secondary education in his native place Gwadar.

After 1950s numerous Balochi writers, researchers and linguist initiated their efforts on Balochi language, but Syed was only from them who sacrificed his entire life in Balochi language. He was the solely Baloch who brought an huge change in Balochi language by managing the alphabets and other basic necessities of Balochi language. In this regard he got succeeded of publishing three books, which are “Balochi bungeji”, “Balochi syahag a rast nibisag” and “Balochi zuban o adab ki tareekh” are famed.

Former, him Balochi was a language which was only spoken and hardly written, but Sayad resolved the confusion and errors which were included in Balochi language, and he worked from dawn to dust and sacrificed his quite lives to bring some changes and betterment in this field. Despite to think that “health is wealth”, it needs more attentiveness or care than others, he wrote three of his books in the hospital when he was admitted there in the cause of being victimised into a deadly ailment called tuberculosis.

Along with Balochi language, he utilized his potential at literature too. “Nazuk”, which is the first novel in Balochi language and had published in 1976 at first time and which was later translated by Ghoas Bakhsh Sabir into Urdu, is the achievement of Sayad. On the other hand, the massive Balochi dictionary “Sayad Gunj”, in which one’s find thousands of words, their meanings, opposites, illustrations and the usage of them, had been written by him. Not forgetting the amazing and beautiful poetries of Sayad in the books, “Angar o trungal, Sistage’n dastonk , Shakalen shaju, Britkagen beer, Trap kann trump” and many more.

To find the ancient words and phrases of different kinds of Balochi language which are Makrani, Salamani and Rakshani compelled him to strive or struggle harder, and who travelled at the various parts of the province to get these words and phrases and mention them in his mammath dictionary, known as “Sayad Ganj”.

However, today we could see various research institutions who are known by Sayad’s name, like Sayad Zahoor Shah Hashmi Reference Library in Malir Karachi and Sayad Hashmi Academy Gawadar are extremely popular.

He was also elected as supervisor in radio Pakistan Karachi in Balochi language on 1949.

The Baloch always remember Sayad in any events, programme and concert, and say that if Syed couldn’t struggle in this regard, the Balochi language was a mixture of many other languages and was still lagging behind, without getting any improvements.