The menace of Watta Satta 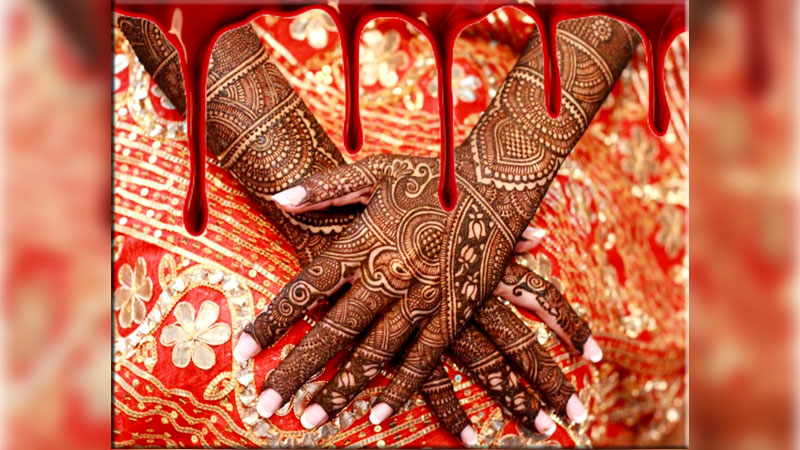 Of all the horrors that have been inflicted by us upon Pakistan, there have been acts which surpass the sole meaning of horror to its entirety.

The people of this country have left no stone unturned to ensure that the trait of hooliganism once found in our ancestors during the beginning of this world, remain alive within us until date. One such act that is often heard being committed in the sandy plains of my country is famously known as Watta Satta. Though the name has a certain edge to it and once it is pronounced, the essence of our toxic masculinity can be sensed in it, yet no words can be used to define the gruesome scene in which young girls are purposely shoved into. The practice of Watta Satta is exceedingly common in the southeastern region of Pakistan.

The origin of this tradition is not quite clear and one cannot affirm with utmost confidence as to how and when this culture of trading sisters for sisters and daughters for daughters began in Pakistan but the sufferers of its consequences are mostly women. In conversation within my maid, I came across the actual account of how Watta Satta leads to marital rape and how men in the rural and sub-urban regions of our country are using it to add fire to their lust and elevate their own savagery beyond recognition and redemption. The conversation started off with some basic questions regarding how Watta Satta works and the clauses and rules that are used in this practice. This culture is mostly found in rural Sindh where marriage is believed to be successful only when a girl from the groom’s family will marry someone from the bride’s family. This exchange of daughters and sisters is to ensure that the marriage remains intact for life. However, Watta Satta had reached its extremity when girls barely thirteen and fourteen years of age are being sold off like livestock to aged and elderly men who can barely consummate it, and those who do end up raping a minor.

Accounts vary, as some people in rural Sindh consider this practice as a medium to reconcile families who have long been in dispute with one another over meaningless issues. Moreover, others suggest that in this manner women are taught the meaning of obedience and the sacrifice from an early age. There are some who bring forth religion into practice as heinous as the latter and defend it by manipulating verses from the holy Quran and Hadith of Prophet Muhammad (Peace Be Upon Him).

Accounts vary, as some people in rural Sindh consider this practice as a medium to reconcile families who have long been in dispute with one another over meaningless issues. Moreover, others suggest that in this manner, women are taught the meaning of obedience and sacrifice from an early age

Many social workers in Pakistan and have raised voice against this culture and many have perished convincing people the negative impact this would have on our reputation as a nation, but little and no efforts with intentions to eradicate this curse have been recorded. The parliament of this Islamic republic has become a silent spectator to this modern-day slavery being practiced in our country. The newly-elected prime minister has given numerous reassurances to convert Pakistan into a state resembling that of Medina has also spared no thought over this issue that has been consuming lives for decades now.

Our maid, who has been working at our house for some years, narrated the account of how her sister ended up being a victim of this crime. In her brother’s wedding the bride’s father, who was seventy-five years of age demanded her sister in marriage in order to ensure the groom’s loyalty towards his daughter. Her sister, who was fifteen years of age, was compelled to marry a man more than four times older than her. A few weeks later the old man passed away and the fifteen years old are now a widow and a mere property of her groom’s family, to use her at their own leisure.

Such atrocities were part of our culture and are a disgrace on the very principles which laid the foundation of this nation. Though efforts by various NGOs and humanitarians to eradicate this curse from within our society is commendable, strict and apt measures to root out the very cause of this monstrous act must be implemented in order to ensure that no more women are dragged into this inhumane practice. To understand the thought process of people involved in such a brutal act, I conversed with our family maid more frequently and concluded that the preachers of our society, be it religious or social or in some cases both, have manipulated facts in a manner that have resulted in severe corruption of the mindset of people belonging to a lesser literate background. This is also amongst the foremost reasons why many women who are traded in “Watta Satta” don’t protest against it since they believe that this act is a responsibility they have to fulfill in order to elevate their status in this world and next.

Over the decades, many women in our interior Sindh and Punjab have not only been a victim of Watta Satta but also suffered merciless ignorance from institutions sworn to protect their rights. Now is an era of reckoning since the tides of our democratic system have shifted and possibilities of a more favorable and blessed current are sky high. In this time when the sun of hope has finally risen, we all must ensure the protection and wellbeing of the women who have long suffered at the hands of a few disguised degenerates in our society. Immediate reforms on the state level must be introduced to protect women rights and grant them the liberty to choose their own spouse. Implementation of the latter will certainly be the first and the most significant step towards building society just like that of Medina.