At least nine killed in explosion amid protests in Colombia 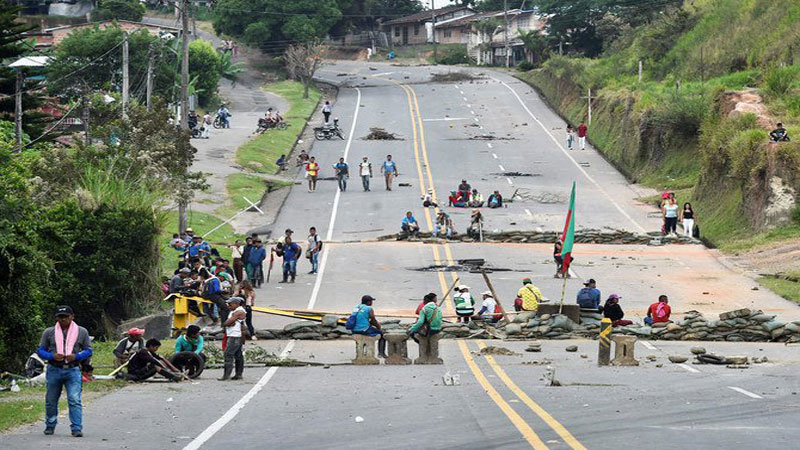 At least nine people were killed and four injured in an unexplained explosion on Thursday in an indigenous area in Colombia’s mountainous southwest, local authorities said.

The incident came on the 10th day of a blockade of the area’s major highway. Hundreds of members of indigenous groups have halted traffic on the roadway, demanding land titles and funding for social programs.

One policeman has been killed during the protest, which has caused shortages of gasoline and foodstuffs in some cities. Several vehicles have also been burned.

The explosion on Thursday took place in a house in Dagua municipality, an area largely inhabited by indigenous groups, the provincial government and disaster agency of Valle del Cauca province said.

Colombia, which has more than 45 million inhabitants, has more than 85 ethnic groups. About a million Colombians are members of indigenous groups.