An important and unprecedented development on TB control in recent times was the first-ever high level United Nations General Assembly meeting on tuberculosis held in September 2017 where world leaders pledged to increase overall global investments for ending TB at least $13 billion annually by 2022 and seek $2 billion for closing the estimated $1.3 billion annual funding gap in tuberculosis research. They committed to mobilise sufficient and sustainable financing from all sources for universal access to quality prevention, diagnosis, treatment and care and end the global tuberculosis epidemic by 2030.

The meeting attended by 15 heads of state as 193 UN member states recognised the enormity of the challenge posed by TB and how it disproportionately affects developing regions and countries. Leaders committed to fostering coordination in all health programmes especially those related to TB and HIV given the strong association the two diseases have with each other and ensure universal access to integrated prevention, diagnosis, treatment and care. Pakistan was represented by Foreign Minister Shah Mahmood Qureshi who pledged that his government was fully committed to root out this epidemic by implementing the End TB Strategy.

Vulnerable and marginalised populations including women and children particularly those living in peripheral areas, migrants and refugees, people in prison, and people living with HIV often bear an undue proportion of health problems including Tuberculosis. Pakistan’s has a high burden of drug resistant TB patients mainly due to diagnostic delays, unsupervised, inappropriate and inadequate drug regimens, poor follow-up and lack of inbuilt social support mechanisms. Lack of accurate knowledge and understanding about TB itself is also common in Pakistan largely due to our low literacy rate, particularly in females. 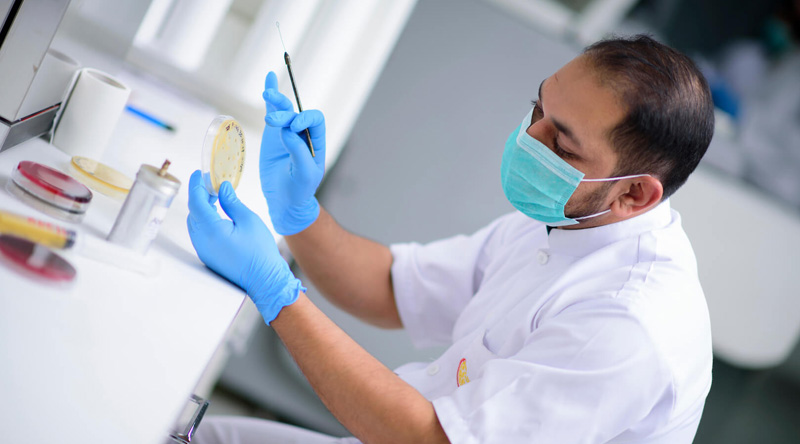 The socioeconomic burden of TB is often higher if patients have delayed seeking treatment and remain ill longer. Incurred debt, combined with lost income, and sale of livestock or other assets may push the household deeper into poverty, with malnutrition or children removed from school having long term implications.

Tuberculosis has also been linked with social stigma and discrimination, that the health sector alone cannot eliminate, yet communities need to recognize TB as a curable disease just like any other.A human rights approach to TB is an avenue for social mobilisation to stop TB by engaging the participation of people and involving the most vulnerable and marginalized sectors of society in setting priorities, making decisions, and planning, implementing and evaluating programmes that may affect their development.

Health systems and health care delivery need to increasingly take into account human rights norms and standards, questioning whether there is equality of access, maintenance of privacy and confidentiality, non-discriminatory practices, and whether sufficient attention is paid to the vulnerable groups. This critical approach is likely to better serve the interests of both patients and public health.The provision of human rights while emphasising empowerment, participation, and non-discrimination necessitates a cross-sectoral approach that increases synergy amongst the various sectors relevant to promote health and development and avoid fragmented interventions.

We need to examine equity and some key human rights principles, such as freedom from discrimination and the right to information and education, in order to stimulate new thinking and action in the global response to Stop TB.Ending gender discrimination is an absolute imperative as it often makes girls and women more vulnerable to disease and increased health risk, while they cannot access the finest available health services that are available of their own free will as someone else is making those decisions for them. Such cultural barriers in Pakistan, particularly in rural areas, often deprive women of their rights to information and participation, freedom of movement, privacy and individual autonomy, and impair their right to health.

Thus,public health and human rights are complementary and mutually reinforcing approaches to human well-being and development. The potential of human rights to contribute to advancing global health objectives, such as TB treatment and cure is beginning to be explored. We also regard human rights as an important standard of assessment of governmental performance in the area of health. Furthermore, in countries with low literacy such as Pakistan, education and information can promote understanding, respect, tolerance, and non-discrimination in relation to persons with TB. Public programming needs to be explicitly designed to reduce the stigma attached to the disease by challenging beliefs based on ignorance and prejudice, in order to create a more tolerant and understanding supportive environment.

Two concrete and laudable instances of TB care for vulnerable populations and ensuring their basic human rights have been undertaken in Pakistan with the help TB REACH program of the Geneva-based Stop TB Partnership. The first was TB screening in jails by the Provincial TB Control Program Punjab primarily in the prisons of the province. During 2013 onwards, through a TB-DOTS linkage programme more than 200,000 prisoners were screened and if diagnosed with Tuberculosis were put on treatment, with the due preventive care established for the remaining inmates. Moreover, new prisoners and the prisoners released from the jails were also examined for diagnosing TB to pre-empt the disease attacking other inmates. The disease was further exacerbated due to overcrowding as the jails in the Punjab, which had incarcerated persons around 30% in excess of their capacity.These efforts are being sustained even after the end of the project.

The other project involving human rights is currently ongoing till January 2020 for the highly vulnerable group of coal miners through another TB REACH programme. Accordingly, miners from 5 coal mining districts of Balochistan, including Quetta, Harnai, Ziarat, Duki, and Bolan are being actively screened for Tuberculosis by the Dopasi Foundation in close association with the Provincial TB Control Program Balochistan, and the provincial Departments of Health and Mines and Minerals (M&M).The program encompasses several steps such as the mapping of the coal mining sites, screening through digital X-ray mobile van linked with CAD4TB software and community-based chest camps, collection of sputum samples from the identified presumptive TB cases (PTCs) among coal miners identified by digital X-ray, transportation of sputum samples and testing by X-pert at established sites, enrolment of diagnosed TB patients at nearby TB care facilities in respective districts and initiation of TB treatment, verbal screening of symptomatic contacts and testing of presumptive contacts on X-pert, including household contacts residing at coal mining sites, and associated-mining communities within the district are being managed through the project interventions.

Social support is also provided to the HH contacts of positive TB patients for transport to the established PTP site for testing, and more robustly for drug resistant TB cases. Household contacts based outside the district are being managed through collaborative efforts of Provincial TB Control Program network, while some eligible household contacts are put on prophylactic treatment for a brief period.The Dopasi Foundation has also carried out orientation, sensitization and advocacy meetings with key stakeholders of the Mines and Minerals department and the district leadership, awareness and counselling sessions with miners, miners’ families with separate sessions for women through female counsellors, and awareness sessions in the schools of the M&M department and associated-mining communities. Famous television artists and anchors Sania Saeed and Sarmad Khoosat have been designated as Stop TB Ambassadors in Pakistan, while the first announcer on Pakistan Television Kanwal Naseer is also carrying out advocacy for the disease.

Colossal research and development is being carried out globally into different dimensions of TB Control. New diagnostic tests are being reviewed, while several drugs and vaccines are being considered for treating or preventing drug-susceptible TB, drug-resistant TB or latent TB infection (LTBI), the latter being the only legitimate pathway for TB elimination. However, the TB high burden countries like Pakistan need to perform at their very best to make the world a safer place.

Let us hope the imaginative implementation of these plans and research help our children to see a world devoid of Tuberculosis – a highly challenging undertaking requiring sustained efforts and commitment by governments and all other partners and stakeholders. Despite the enormity of the undertaking, the effort is well worth it. While the obstacles may appear insurmountable at present, rapid advances in technology offer sufficient hope for good outcomes. Pakistan that has already achieved tremendous gains within the realm of Tuberculosis Control, should intensify its efforts towards a better future, and economic development in a society free from this affliction.