The importance of failing in life 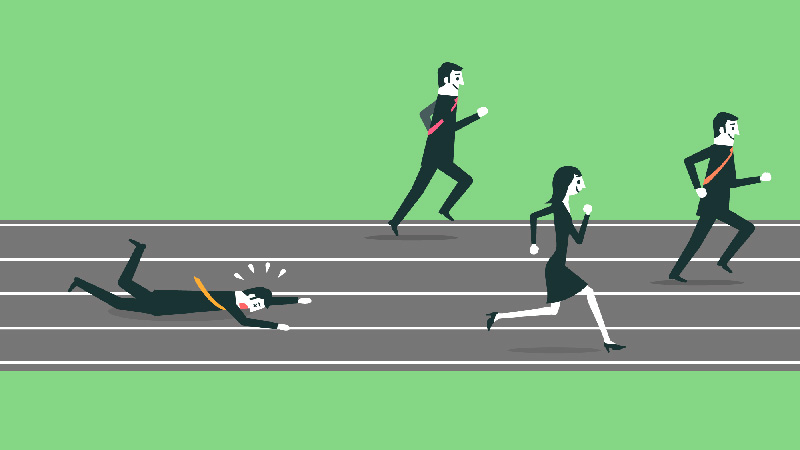 As a quotation is wonderfully recommended by Paulo Coelho, “There is only one thing that makes a dream impossible to achieve ; the fear of failure”. But the people, mostly the students, quit their study when they failed at something, even they blame their parents or teachers and sometimes curse their fate, for they don’t know how close they were, to the success when they skipped, and unaware about the fact that the failure is the part of our life in which we obtain a lot of experiences through which we get eligible for coming out from murky and gloomy nights and enter in the light of victory.

As Albert Einstein made it most clear by saying, “A person who never made a mistake never tried any thing new”. It means success comes from failure not from success itself. Failure is the part of everyone’s life, through which they are seeking the real image of life. But unfortunately in our society the word failure had been given a name of destruction and the children or adolescents are scolded, and even taken out from the institutions by their parents when they failed once.

On the other words, we might fail countless times or lose something especial in our life, need not to be worried about it, rather try it again and again by our strengthen efforts to gain it again.

The biggest example is a small baby who may falls down hundreds of times when wants to stand or either walks like the people in front of him/her, but never ever loses his/her courage to prevent trying, even will be scolded by his/her parents to not do so, might you fall down, but who never gives up since not get his/her desire accomplished or walk properly.

The history is full of hundreds of thousands of such instances which are out of count, faced lots of failures, hardships, hindrances and many more troubles to approach or accomplish their will or targets. From them Thomas Edision is the well known instance, who sold newspapers in his childhood because of destituteness, but today he is known, the inventor of thousands of inventions, the famous scientist Albert Einstein was taken out by his own teacher by saying him, you are extremely feeble and can’t run along with those broad-minded pupils, Bill Gates was the richest person in the world for a long period of time and the inventor of microsoft was a truck driver. Weren’t they face obstacles, difficulties etc? Yeah they suffered from numerous hardships by reaching their destination, but make themselves strengthen and stay firmly to face them.

Therefore we can narrate that life is the name of distress, pain, happiness etc which won’t exist on its same position rather changed its position in every second. No one should think that I make myself excited all the times which looks impossible and unbelievable, but it is must for us to accept our failures and face the barriers, pain, hardships and other harsh happens in our life, by believing and motivating ourselves that nothing is impossible in this world to be done and we have the potential to do each and every thing which we want.

Ultimately, believe yourselves, on your talents and won’t stop struggling until reach your destination.