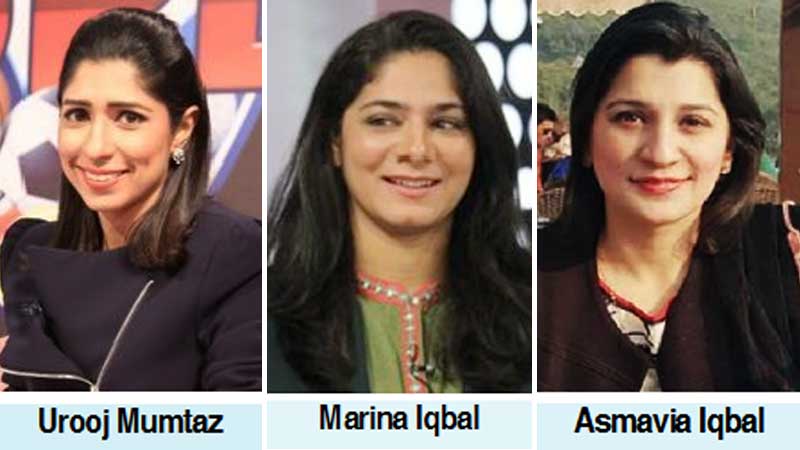 The Pakistan Cricket Board, as part of its strategy to further strengthen the women’s game, has named a new three-person selection committee that will be chaired by former captain Urooj Mumtaz. The impressive Asmavia Iqbal has been retained, while Marina Iqbal has been added as a new selector. The immediate task of the committee will be to select a side for the upcoming ICC Women’s Championship fixture away in South Africa in May. As part of the PCB’s restructure within the women’s game, Aisha Jalil has been elevated to team manager, while Ayesha Ashhar has been assigned the responsibility for planning and coordinating international cricket. The new selection committee has been installed after the panel headed by former men’s Test player Jalaluddin, and also including former international Akhtar Sarfraz, completed their respective terms last month.

PCB managing director Wasim Khan said in a statement: “I would like to place on record my thanks to Jalaluddin and Akhtar Sarfraz for their contribution to women’s cricket. Women’s cricket will be an important priority moving forward and this has been reflected in the selection of such a relevant and dynamic committee. Their appointments will go a long way towards accelerating the progress of our senior women’s team. The new selection committee comprises players who, until very recently, have been involved in white ball cricket. This syncs very nicely with the PCB’s vision of providing an environment where women’s cricket not only thrives but where we are able to increase our pool of players so that it can sustainably grow and flourish.” He added that attracting women with the relevant skill sets and a passion for the women’s game was critical when forming this new selection committee. “Offering merit based opportunities to exceptionally talented women who can help drive and influence the game spells a new and exciting era at the PCB. Urooj is part of the PCB cricket committee, so her relevance to the modern game will further benefit the direction we are aiming to take the women and girls’ cricket.”

Urooj Mumtaz said: “I would like to thank the PCB for believing in me and my abilities for this new role as the chair of the women’s selection committee. As we move into a new era of women’s cricket, we need to have the ability to adapt to the modern day game. Keeping that in mind, we aim to inspire and produce players with the skills and talent to compete consistently at the top international level, and also encourage the younger generation to take up this great game and become the ambassadors of Pakistan. As we move forward, I am confident the performance of the team will also improve steadily.”

About the women’s selection committee:

Urooj Mumtaz – The 33-year-old from Karachi played international cricket from 2004 to 2010. She also captained Pakistan at the ICC Women’s World Cup in 2009 in Sydney. She played one Test, 38 ODIs and nine T20Is. She is presently a member of the PCB cricket committee.