Pakistan — the land of religious festivities 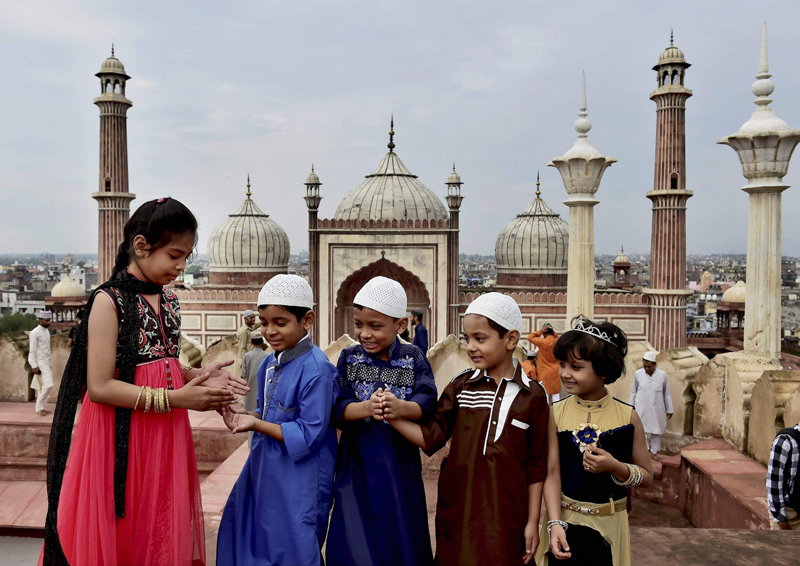 Various religious events and festivals are celebrated across the country in a calendar year. Celebrating Eid al-Fitr Eid which means happiness is a festival celebrated twice in whole over Muslim countries. One of them comes, after Ramazan is called Eid al-Fitr. This is a celebration for the fasting month and a token promises by one’s self to be kind, faithful and helpful to the poor and needy person. Eid is the only day during which Muslim are prohibited to fast. However no exact data of the celebration is held, it is just based on the observation of new moon by the local religious authorities. The day is also known as fast breaking Eid, Sweet festival, Ramazan feast, and feasts of fasting, small Eid, Eidul Saghir, Minor feast and Sugar feast. According to certain traditions, Eid al-Fitr was organized by the Islamic Prophet Muhammad. It is held in the first month of shawwal and at the end of the holy month of Ramazan. Once when the Prophet Muhammad reached in Madinah, he saw the people celebrating two special days. After asking them, he came to know that these days were occasion of fun and recreation. Then the Prophet stated that the Almighty Allah has fixed two days (of festivity) in spite of these for you, which are better as Eidul Fitr and Eidul Azha. Later the both festival were celebrated to show gratitude to Allah and remember Him, also days for fun, excitement and entertainment.

We wear new shoes and clothes to get ready on the day of Eidul Fitr. And for the Eid prayer people gathered at large areas such as sport grounds, parks or other larger open areas. After the Eid Salat people greet each other with a tradition hug of friendship. Most importantly, before going to home people provide charity to needy and poor people, who cannot afford to celebrate Eid al-Fitr with pleasure. The people visit their friends, neighbors, relatives to share the happiness of the day. They also get together and plan how to celebrate second and third day of Eid.

Eid-ul-Azha, a blessing day celebrated in whole Muslim and some non-Muslim countries with full of happiness. This day people sacrifice animals and share happiness with the relatives and neighbours. The new shoes and clothes are bought and wear them on eid day. Eid-ul-Azha just come once in a year, so people take full advantages of it, and enjoy the day of eid with their loved ones.

We can also call this day “Festival of sacrifice” as people across the world sacrificed animals. And the main purpose of this is to give respect to Hazrat Ibrahim who was willing to sacrifice his own son behind the act of Allah’s command. The Muslim divide the sacrificed animal into parts, first part to the needy and poor who cannot afford, the second is given to the home and the third one to the relatives.

As we all know that Milad Un Nabi is well known as it is the birthday of Prophet Muhammad PBUH. It is the day when the schools and business are off and an enjoyment day for the public. This day most of the people have charity for needy people, food and sweets are also given to poor and needy people and also support them to solve their ongoing problems. Not only poor, people contribute many other things for the orphanages, asylums for the mentally and physically challenged and widows.

Many people have disagreed to celebrate this day because they don’t believe in celebrating anniversaries and they have no any logical evidence from Muhammad PBUH life of such observation. But in Pakistan, people celebrate this day with great happiness.

Shab-e-Barat is a religious event which means the night of salvation and the night of freedom from hell fire. As being Muslim, we celebrate Shab-e-Barat, the night of worship and salvation. Some do not sleep at night and some are awaken half of it. The Holy Prophet said “When the middle night of Shaban arrives, then go for the worshiping and keep fast during the day. On this night at sunset, Allah descends to the nearest heaven and announce, is there no one asking forgiveness that I may forgive him or her? Is there no one asking provision that I may grant him provision? Is there not such and such? He keeps announcing till the dawn comes.” As being Muslim it is compulsory for us to follow that Hazrat Muhamad is saying and respect the night Shab-e-Barat. This is the night when Allah will forgive our all bad deeds and we can start a new life with earning virtues.