Tuberculosis (TB) is spread by an airborne microorganism calledMycobacterium Tuberculosis. World TB Day is actually the remembrance of the discovery of that organism 137 years ago and an occasion to remind ourselves of its serious ramifications not just in our national context but globally. The disease was virtually untreatable in the absence of any drugs till the synthesis of Streptomycin in 1943, Yet many developed countries brought about a significant decline in tuberculosis between the mid-19th and mid-20th centuries, before the advent of TB drugs, by addressing factors that reduced transmission such as better awareness, general health promotion, improved working conditions and less overcrowding. There are several lessons to be learned here. Suffice it to say that the real cause of the spread of TB is not so much due to the infectious agent as a complex set of socioeconomic and political factors outside the realm of human biology affecting vulnerable population segments while limiting their access to treatment and cure. TB therefore must not be regarded as a health problem but as a social, economic, and political malady that manifests itself wherever there is neglect, exploitation, illiteracy or widespread violation of human rights.

A word about BCG vaccination, being used since 1921, will be in order here. The vaccine is free and given at birth through immunisation programs routinely in countries with a high TB prevalence and is generally safe with few serious side effects ever reported. While the vaccine has a documented protective effect against meningitis and disseminated TB in children, it does not prevent primary infection or reactivation of latent pulmonary infection, which is the principal source of bacillary spread in the community. The impact of BCG vaccination on transmission of Mycobacterium Tuberculosis is therefore limited. Had it been otherwise, Pakistan which started its nationwide BCG campaigns way back in 1952 and has a very high coverage of BCG vaccination would have been free of TB today. When we talk of TB prevention, it is important to bear this is mind. 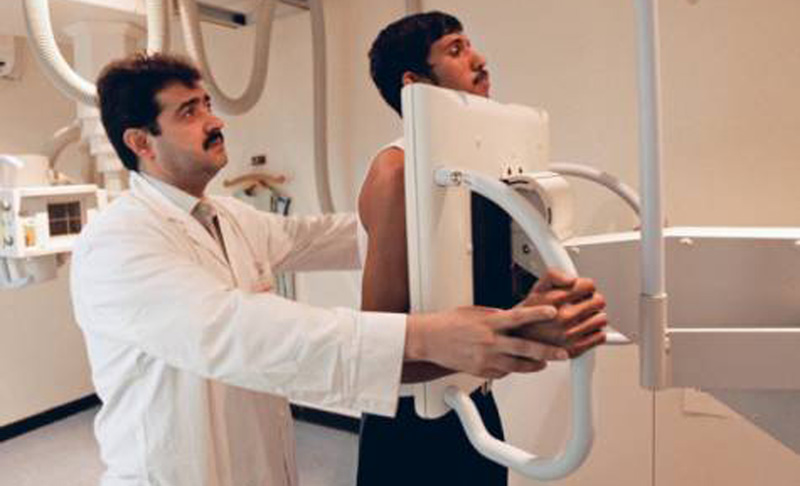 Thus, the only pragmatic prevention methodology available to us today lies in identifying and treating cases of Tuberculosis – who can otherwise potentially infect several others. And there are good reasons for doing so. Currently, 8 million people become sick and nearly two million people die of TB, including 250 000 children annually, in addition to being the leading cause of death due to infectious diseases among young women. Furthermore, with an estimated annual incidence of over 550 000 new TB cases in Pakistan, we rank fifth in the world due to the large burden of drug susceptible cases, and fourth amongst countries with the highest prevalence of drug resistant cases. TB was declared a global emergency by the World Health Organization in 1993, practically making the its control and elimination as the highest health priority in every country with a high TB burden.

By the mid- to late-nineties, nearly a hundred countries were using the directly observed treatment, short-course (TB-DOTS) strategy for controlling the disease hinging on political commitment (translated into proper allocation of resources), establishment of a centralized and prioritized system of TB monitoring, recording and training), case detection by sputum smear microscopy and a relatively short standardised treatment regimen of 6-9 months observed by a health worker, and a regular supply of drugs backed up by robust recording and reporting to monitor progress.

After a few years of complacency, Pakistan joined the world community by having strong government programs in place in 2000 in Sindh and in 2001 at national level coinciding with an announcement of the Ministry of Health declaring TB a national emergency in 2001 enabling a set of priority interventions to get underway with purely indigenous funding and WHO technical support. In the intervening 18-19 years, efforts to control TB have undergone remarkable advancement entailing a high degree of technicity. The WHO End-TB Strategy announced in 2014 came up with ambitious targets aiming to end the global TB epidemic, by a 95% reduction in TB deaths by 95% and a 90% cut in TB cases by 2035, with total elimination of catastrophic expenses due to TB. The Strategy has also set interim milestones for 2020, 2025, and 2030.

Over 90% of the funding for TB (as well as HIV/AIDS and Malaria) control in Pakistan is coming as grant assistance from The Global Fund founded in 2002 as a 21st-century partnership designed to accelerate the end of Tuberculosis, AIDS and malaria as epidemics with the support of governments, civil society, the private sector and people affected by the diseases. The Global Fund invests nearly $4 billion a year to support programs run by local experts in countries and communities most in need, saving millions of lives in the process. The Fund itself receives contributions, predominantly from the governments of the United States, United Kingdom, Sweden, Norway, Japan, Germany, France, European Commission, Canada and a host of other donors and partners such as the Bill & Melinda Gates Foundation.

Here mention also needs to be made of the Stop TB Partnership, based in Geneva, which is leading the way to a world without TB, with over 1,700 partners in more than 100 countries including international and technical organizations, government programs, research and funding agencies, civil society and the private sector.

While we, in Pakistan, are not particularly proud of this funding imbalance, we are yet emboldened by the repeated pronouncements of the top leadership of the government like Prime Minister Imran Khan, Federal Health Minister Amer Mehmood Kiani, Foreign Minister Shah Mehmood Qureshi, Punjab Governor Chaudhry Muhammad Sarwar, Sindh Health Minister Dr. Azra Fazal Pechuho, Parliamentary Secretary for Health Dr. Nausheen Hamid and several others indicating that they are very keen to make a meaningful difference in the fight against Tuberculosis by bridging the funding gaps in the TB National Strategic Plan 2017-2020 and to ensure its overall implementation.

Meanwhile, while the national and provincial mechanisms for TB control are engaged in a gigantic effort encompassing strengthening of health facilities, the laboratory network, rapid diagnostic technologies, and generally increasing access for TB control services through organizing public – private mix and other endeavours.

The TB treatment success rate in Pakistan has been consistently exceeding 90% since the past few years. In the 12-month period from July 2017 till June 2018, a total of 381,518 TB cases of all sorts were notified and put on treatment, indicating a strong need to cast the net more broadly to capture more cases, particularly those approaching private general practitioners or even quack and subject to potentially erroneous regimens as evinced by several recent research studies.

Robust social mobilisation and awareness creation with the help of the media, celebrities, human rights activists and TB survivors, reducing TB catastrophic costs with the help of social safety nets like health cards/vouchers, Zakaat, Baitul Maal and BISP, District Steering Committees led by deputy commissioners enlisting the support of all district line departments while pursuing a multi-sectoral accountability framework, strengthening monitoring mechanisms, focusing on underperforming districts, fostering operational research, improving access by using all health facilities for TB services while improving their visibility and active case finding by tapping private sector practitioners, pharmacies, laboratories and hospitals are ostensibly the best strategies for moving forward, with an equitable financing mechanism at all levels. Seeking the help of academicians by adding the latest TB control methodologies in the undergraduate medical curriculum will be rewarding. What is most important, however, is to adopt a human-rights’ based approach for TB control.