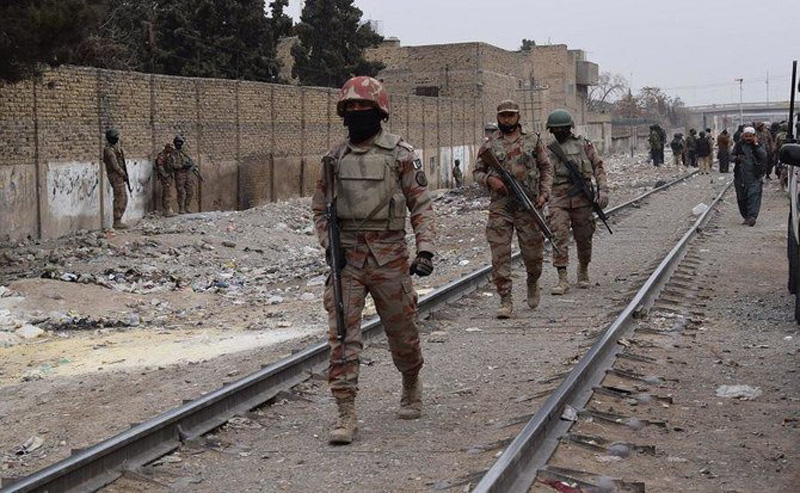 A bomb explosion aboard a moving train killed at least five passengers and wounded seven others in Balochistan province on Sunday, police said.

Officer Abdullah Jamali said the bomb went off in one of the cars of a Quetta-bound train early Sunday near Shaheed Aziz Billo check-post in Nasirabad district, damaging five cars of Jaffar Express. He said women and children were among those killed and wounded.

No one claimed responsibility for the blast.

The railway traffic was suspended due to damage to the track. The bodies and injured were shifted to a hospital and the railway authorities started work to repair the damaged track.

The security forces cordoned off the area after the explosion and launched a search operation.

In October last year, a blast had damaged the railway track near Machh in Balochistan province. The Jaffar Express was travelling to Punjab when the driver saw an explosive device on the track and applied the brakes. The train didn’t suffer damage nor were passengers wounded as a result of quick action on the part of the driver.

In a similar incident, Bomb Disposal Squad (BDS) officials had in May last year found an explosive device kept in a pressure cooker near a railway track in Dasht town of Kharan district in Balochistan. They managed to defuse the bomb in time.