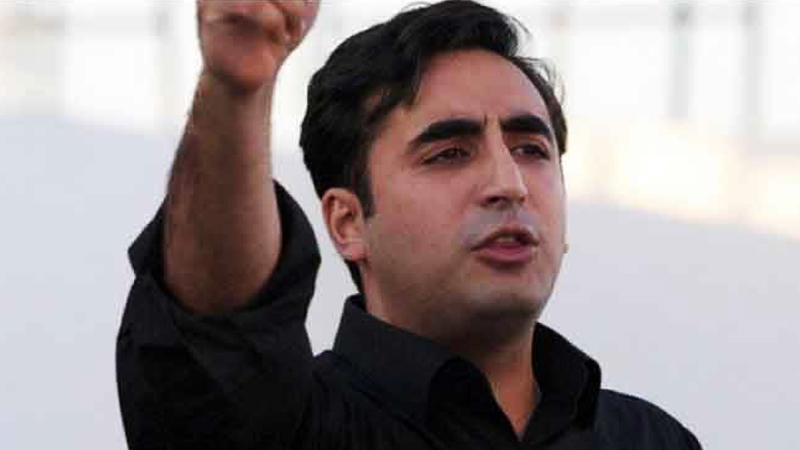 Pakistan People’s Party (PPP) Chairman Bilawal Bhutto Zardari has announced to launch a mass contact campaign from Karachi to Thatta in order to mobilize the people and garner their support for the party.

The PPP chief will travel to different cities from Karachi to Larkana and hold meetings with the masses during the stopovers.

In a statement, Bilawal reiterated his earlier demand that the federal government must remove three sitting ministers having contact with the banned terror outfits. “You can’t compete with us with regard to the political battleground,” he said while referring to the government. “These people also didn’t want to see me in the assembly,” he added.

The PPP leader said prime minister is only taking action against opposition in the country. He was of the view that a plan to get him defeated in the elections was hatched a long time ago. Without naming Nawaz Sharif, he said a three-time prime minister was arrested more than couple of times during his election campaign.

Meanwhile during a meeting with the organisers of the Aurat March, Bilawal said his party will not tolerate any attack on the struggle for gender equality and women rights. He extended his support to the members of the recently staged Aurat March and its activists, who he said are struggling for their genuine and legitimate rights as enshrined in the constitution of Pakistan.

He reminded the activists of PPP’s commitment to gender equality and empowerment, and assured them of his party’s protection against any victimisation by the anti-women elements.

Rights activist Sheema Kirmani and PPP Senator Sherry Rehman were also present during the meeting held at the Bilawal House.