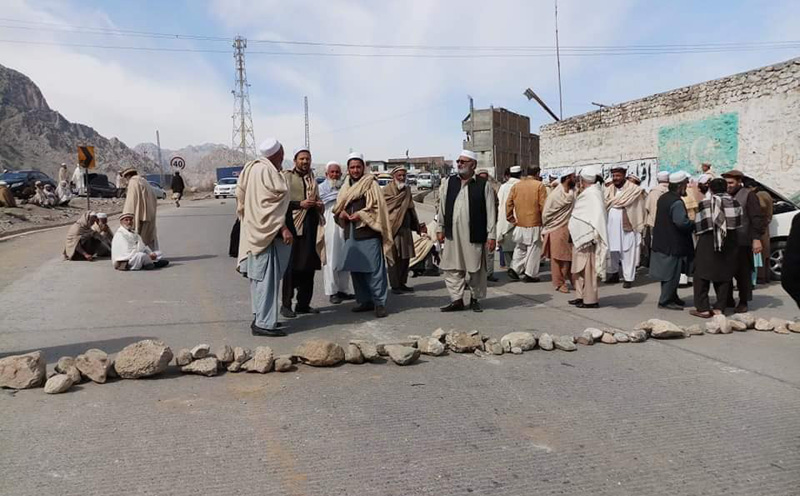 Residents and transporters suspended the Pak-Afghan road in agitation at Takia area of Zakha Khel, Landi Kotal against functioning of toll plaza that collected Rs.250 per truck from the transport community.

Dozens of truckers and locals appeared on the main Pak-Afghan highway at Sultan Khel locality, took out the rally in protest and blocked the road for all kind of movement. The protesters were on the view that at the time of merging, Fata had been exempted of tax for five years.

President Khyber Transport Union, Shakir Afridi said that they had been promised at the time of merging that Fata would be tax free zone for five years but ironically the newly established toll plaza started collecting unlawful money from every single truck,crossing the border that was injustice to them.

“We will not give up our demand until the NHA closes the illegal toll plaza”, he opined.

It is to be mentioned here that National Highway Authority (NHA) has set up toll plaza at Katta Kushtha, Jamrud and last day it started collecting Rs.250 per vehicle, crossing the toll point.

The operation manager of the toll plaza Mr.Sarfraz said that they got the contract of toll plaza for a year legally and with approval of the Court and district administration were authorized to receive specific fee of Rs.250 from the vehicles,loaded with Afghan transit commodities.

On the other hand senior official of Afghan transit good transporters association Mr.Gulab resented the discriminatory decision of the authority and said it should be implemented on all kind trucks.

The Pak-Afghan road was remained suspended for four hours and was resumed after the assurance of the local administration.