Pakistan’s message to world is peace and reconciliation: moot 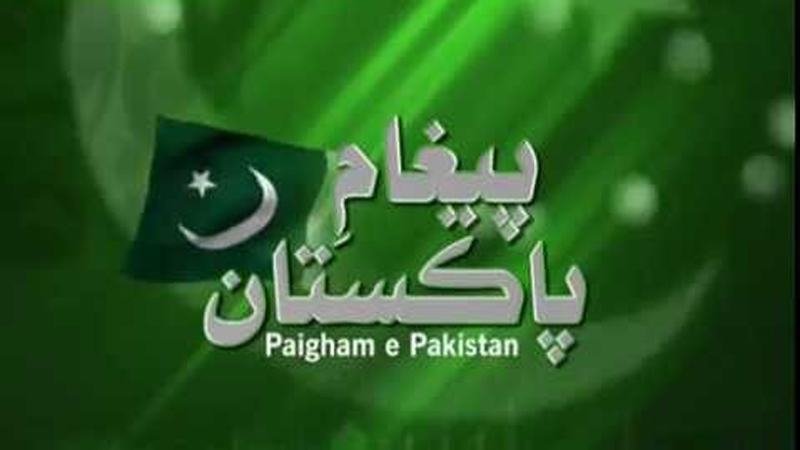 Speakers at a conference here on Saturday said that Pakistan’s message for the world is of peace and reconciliation, adding that political and military leadership of the country and ulema are on the same page for defence and stability of the motherland.

Speaking on the occasion, Maulana Abdul Khabir Azad said the role of ulema in foiling the nefarious agenda of the enemies is of crucial importance, as they are the flag-bearers of unity, brotherhood, tolerance and peace in the society. He said the constitution of Pakistan guarantees equal rights to all segments of society, including minorities. He said ulema belonging to all schools of thought are one on integrity and stability of the country and will never let hostile elements succeed in their conspiracies.

He said Paigham-e-Pakistan initiative of the government of Pakistan has broken the back of the elements spreading hatred and extremism in the country. He said whole nation is united to thwart nefarious designs of the enemies.

He said the peace overtures of Prime Minister Imran Khan and the message of reconciliation and dialogue by him has won praise from the international community. He said Pakistan has emerged as a proponent of peace in the comity of nations and the whole world is appreciating its positive approach.

Other speakers stressed the need to implement Paigham-e-Pakistan initiative in true letter and spirit in order to promote harmony and peace and tolerance which will in turn help build an inclusive Islamic society in Pakistan. They called for reviewing country’s educational policy, ensuring training of teachers and ulema to encourage a culture of respecting other sects and religions as well as their sacred places. They maintained that such events were an effective way to bring people from different sects, religions and cultures together as well as bridge the gaps between different schools of thought.