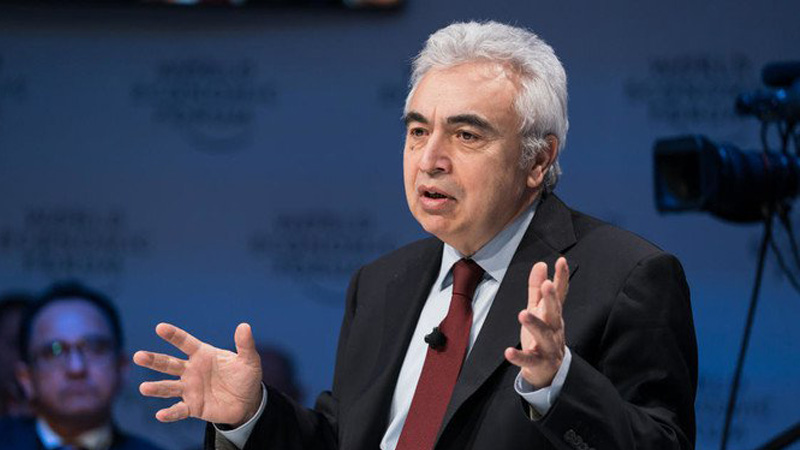 Fatih Birol, executive director of the International Energy Agency (IEA), has urged Saudi Arabia and Russia to be aware of the consequences of their alliance on oil production levels.

Speaking exclusively to Arab News on the sidelines of the CERAWeek by IHS Markit energy forum in Houston, Texas, Birol said: “It is very important to see what are the consequences of such agreements not only in the very near term but also in the medium term. This is important, to make those agreements according to the entire picture.”

The 2016 agreement between Saudi Arabia, the world’s biggest oil exporter, and Russia, second in global rankings, has been credited with stabilizing the oil price after the 2014 collapse.

However, Birol warned that short-term volatility can throw out the policymakers’ calculations. He cited the recent renewal of production limits as a case in point, when the latest deal to extend the caps on output was followed by a period of volatility in crude prices.

“Russia has become one of the main drivers of the Vienna parties agreement, if not the main driver. What we have seen, however, is that after the recent agreement to bring the prices up, prices in fact went down.”

He explained the weakness in crude prices late last year, after signals from Russia and the Organization of the Petroleum Exporting Countries (OPEC) that the “Vienna alliance” would be extended, by reference to the strength of US shale oil production. The IEA highlighted the “remarkable growth” in US oil production as the main reason why crude prices have not risen more in recent months.

Birol made clear that he was not advising Saudi Arabia and Russia on the future path of their oil alliance, saying that was an issue for the policymakers of the two biggest oil exporters. Asked later in the CERAWeek forum if the alliance was having the intended effect of balancing out global oil supply and demand, he said it is getting there.