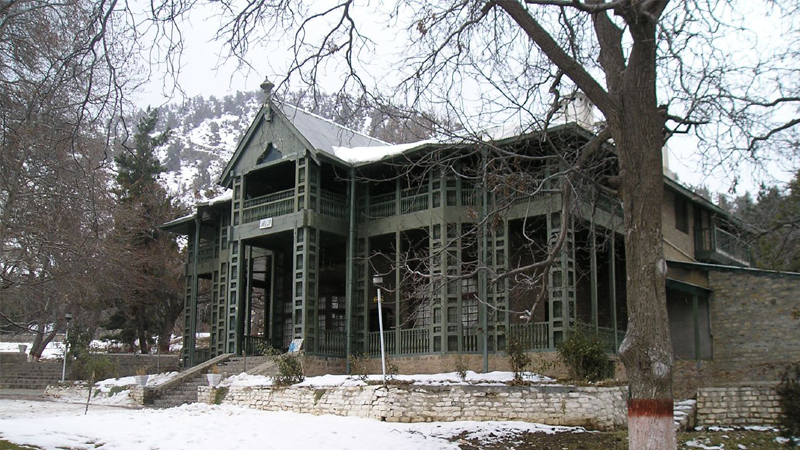 Ziarat is a beautiful valley nestles in Quetta, Balochistan. Ziarat is famous for being a holiday resort of Balochistan. It has the second largest juniper forests in the world and nearly every trip from Karachi to Quetta stop at Ziarat. It was called the summer residence of the chief commissioner and sanatorium for the European troops at Quetta. Ziarat has uninterrupted water supply and hills all around it, giving the city a well-wooded and a picturesque look.

Juniper forests are well-known in the entire world. Besides this, Junipers Species Juniperus Macropoda, Juniperus Exceisa Polycarpus or Pathani Juniper are available in Ziarat. These forests cover more than 247,000 acres, due to which it is called the second largest juniper forest in the world. Beautiful birds and animals can be found in the forests which add to its beauty. The chukar partridge, bushes and ground flora are available there and a lot of people use these plants as indigenous treatments for a variety of diseases. The junipers are the real beauty of Ziarat.

Apart from this, several trees are available, which are more than 5,000 to 7,000 year old. Ziarat is the place where Ziarat Residency is present where Muhammad Ali Jinnah lived and spent his last days of his life. The residency was constructed in 1982 to remember Ali Jinnah. Ziarat is also a famous tourist site. Many small dams are present and the valley is full of fruits in summer and winter. Its abundant with cherries in the summer and apples in winter. The honey of Ziarat is well-known. The residency is famous among tourists owing to the beautiful hills surrounding it. Mostly, people visit in summer to enjoy otherwise in winter it is too difficult to survive because it’s the coldest place in the entire Balochistan. During the summer, cherry gardens provide a pleasant view for tourists.

In the past, Ziarat used to be more beautiful and people continuously visited it. Unfortunately, earthquakes have damaged many sites in Ziarat. Earlier in 2008, Ziarat was struck by a major earthquake. The first was a 6.2 magnitude which destroyed many mud houses leading to the collapse of many government buildings as well. Not only Ziarat, but its neighbouring towns were ruined as well. More than 50,000 people became homeless and nearly 300 people died. This earthquake again compelled the people to remember the earthquake of Quetta in 1935 which killed more than 30,000 people. Even though, the government did its bit to help the affectees, but many face the destruction consequences to this day.

Earlier in 2015, former Balochistan chief minister Dr Abdul Malik announced Rs 1 million for its development as a tourist spot. He also banned the cutting of juniper trees and called it a social crime. Ziarat residency is the coldest place in Balochistan and remains deprived of natural gas. People are compelled to chop trees for fire. Despite being citizens, the people of Ziarat are deprived of basic needs. Ziarat has the potential of earning a large number of revenue from tourism if preserved and developed well. The future of Ziarat seems to be bleak. It needs government’s attention.

Apart from this, it’s famous for its beauty. People visiting the place during summer time with their family and friends for picnics. If you’re looking for a nice break or a holiday, Ziarat is the place for you. Visit it at least once. I feel like its Balochistan’s jewel. 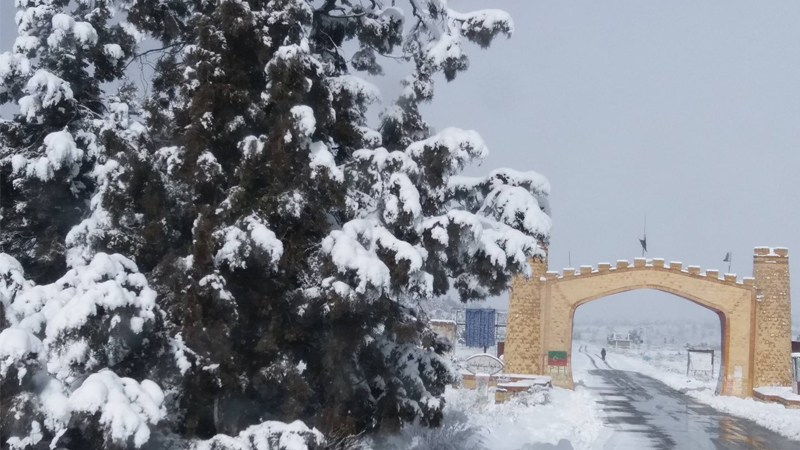 Ziarat is a city and the capital of Ziarat District, Balochistan Province, Pakistan. It’s a holiday resort, about 130 kilometres from the capital city of Balochistan province Quetta. The famous Quaid-e-Azam Residency is also there in the valley, where Quaid spent a few of his most memorable days. Tourists from all over Balochistan and also from Sindh province visit the valley in the harsh summers. Its overall cold weather, fascinating sceneries, lush green forests and mighty mountains attracts tourists of all kinds.

May to September are months of peak tourist visits. Especially in the days of Eid festive and other national or religious the valley is full packed. The 2016’s Eid experienced about 0.4 million people visiting. The hill station is easily accessible from Quetta through a highway. Accessing it from Loralai is little difficult due to bad road conditions. The third way of accessing the valley is through Harnai District although it is pretty dangerous near Dumiara waterfall, due to the very steep and unpaved road.

The main road of the station is Jinnah Road which also called the red zone of the valley due to a large numbers of government and Askari resorts and buildings there, a few of which are Frontier Corps Resthouse, Governor House, IG Police House, Panther Lodge, Juniper Lodge, Quaid-e-Azam Residency, Commissioner House and the CM Balochistan House.