The ‘Reichstag Fire’ of Pulwama 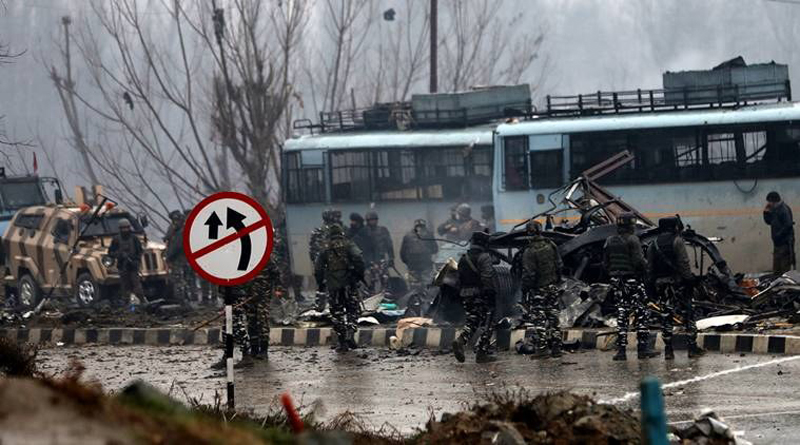 As tensions in New Delhi reach a fever-pitch, and war hysteria grips the increasingly faltering BJP leadership, it is resorting to a dangerous gambit: get enough Indians roiled, teach Pakistan a ‘lesson’ (even a fictional one), and the election will be ours. There are two criticisms of this gambit. On one hand, it is so dangerous that it may escalate into a full-blown war, and then the loss of life in South Asia would be incalculable. That is where the focus has been in the media, and rightly so. But on the other hand, that the gambit is so cliché in the fascist playbook that it is truly an insult to Indian civil society to try to sell them a rendition of what the BJP’s kindred Aryan spirits, the German Nazis, did to their own parliament (the Reichstag) in 1933.

When Hitler arose to power, his party orchestrated a fire incident in the German parliament in late February 1933, and used the destruction of the parliament as an incident to egg the German authorities towards a mass purge of the rival communist party. This incident was fundamental to the Nazi party’s consolidation of power as well as to the subsequent curtailment of civil liberties, to war against neighboring countries, and to the persecution of a religious minorities.

Considered an inside job of instructive repute, the Reichstag Fire has served for almost 90 years as a warning to the people of the world: that politicians can sacrifice the peace and lie through their teeth in order to consolidate power; and particularly so when their own mis-governance and sustained oppression of people is what is really at fault.

India right now is facing a crisis of unemployment and inequality. It harps to the world about its shining success, and yet its population faces widespread economic malaise. At the same time, the cause of Kashmir’s indigenous insurgency, that people cannot live under foreign tyranny forever, is conveniently and totally left out of the Indian media’s right-wing hysterics.

An important section of Indian society is raising serious questions about how Pulwama could have happened. After all, the Indian public is being told that one man drove alone on the wrong side of the world’s most militarized highway with enormous amounts of explosives to ram into an unusually squeezed number of troops at an unusually convenient time.

Then again, the Bollywood la-la-land where the Indian public discourse resides is fundamentally based on making movies by stealing storylines from international cinema. Stealing a classic German storyline would be par-for-the-course in the large and cartoonish in India’s right-wing media industry. By contrast, the discourse in the Pakistani media, as well as government releases, indicate that Islamabad clearly sees through this gambit, and aims to take the higher ground through restraint.

True to fascist form, Modi is drawing upon a time-tested (but ultimately futile) strategy for fascist vote buying. But the world is different, and the tactics of yore shall no longer bear the same fruit. After all, the Nazis had no nukes. The Hindu fundamentalists do, and so does Pakistan.

This is why such antiquated gambits should not just be seen as an affront to life, as they might prove to be for India, but an affront to the intelligence of the Indian electorate, which for all its dreams of catching up to the West, seems more likely to catch up to Weimar Germany than to post-war America.

The writer is director of economics and national affairs at the Centre for Aerospace and Security Studies. He can be reached at cass.thinkers@gmail.com.