Moroccan, who fell in love with Pakistani culture, sends love to Karachi

* Salma's relationship with Pakistan strengthened when she became a member of 'Bookay', a Facebook group more of a lifestyle club for readers with over 10,000 active members 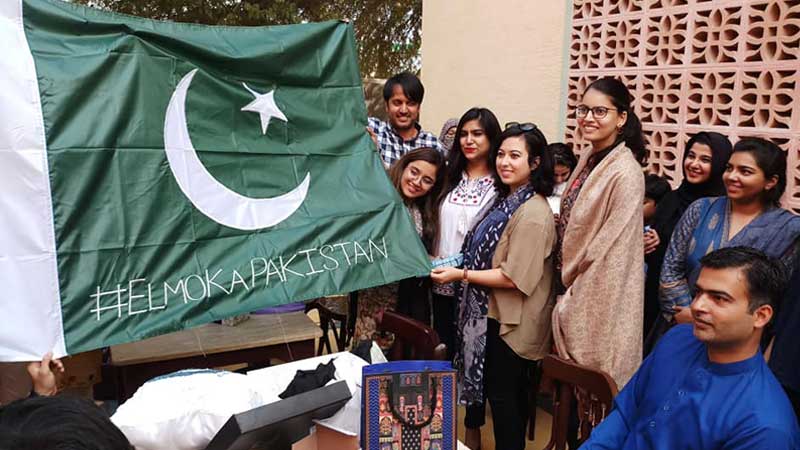 ‘Karachi is a happening place with a lot of diversity,” were the words of Salma El Morabet, a native of Morocco who fell in love with Pakistan and the sub-continent at an early age.  Born and raised in Morocco, Salma is a pure Moroccan who did not know any language other than Arabic, which is slightly different from the Arabic spoken elsewhere. She befriended Pakistanis online and decided to learn Urdu from them. The problem was to interact with them in a common language to learn Urdu. Salma only knew Arabic and the Pakistanis she befriended only knew Urdu or English. Salma first had to learn the English language, which she used to communicate with the Pakistanis to learn the Urdu language. Today, Salma knows fluent English and Urdu and can converse in both of these languages comfortably.
Salma’s relationship with Pakistan strengthened when she became a member of “Bookay”, a Facebook group more of a lifestyle club for readers with over ten thousand active members from around the world. This is a place where members discuss and discourse over books, authors and explore literature from Pakistan and the world. By interacting with Bookay members from Pakistan, Salma further familiarised herself with the Urdu language and with the culture of Pakistan. 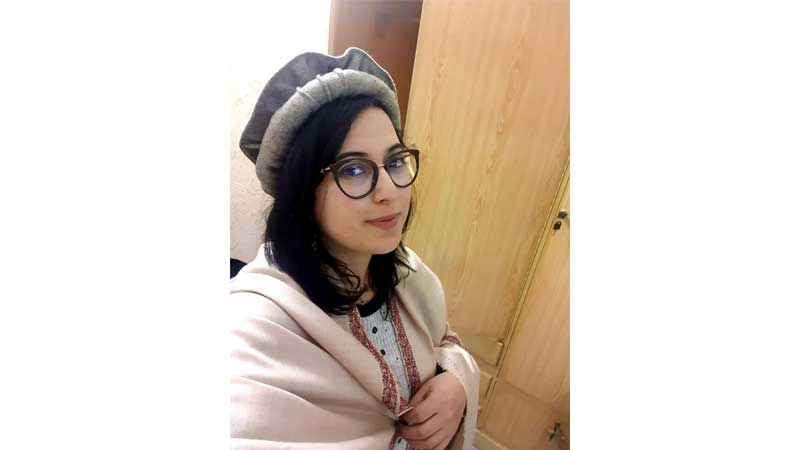 A digital media professional, Salma had been planning to visit Pakistan for over five years. Each time she was forced to reschedule her plan because of some problem she had no control on.  In 2018, Salma managed to visit India. During this trip, she met her online friends in person for the first time. Certain events led Salma to return home from India and not travel to Pakistan. In 2019, however, Salma’s dream to visit Pakistan finally materialised. She landed in Karachi on January 26, 2019 and was welcomed by Bookay members. Interestingly, synch Bookay has members in all major metropolis of Pakistan; Salma was greeted by each city’s Bookay team. In Karachi, Bookay members held a meet up at the Dawood Foundation Ghar at MA Jinnah Road. She visited Islamabad, Peshawar and Lahore before leaving for Morocco with a deep desire to visit Pakistan again. A social media sensation erupted following Salma’s arrival in Pakistan with the hashtag #ElmoKaPakistan. Salma’s name on social media is Elmo, a combination of El and Mobaret. She even received a Pakistani flag with this hashtag written on it, thanks to her friends in Karachi. During her stay in Islamabad, she was appeared on a morning show of Pakistan’s state television where one of Pakistan’s well-known television talk show hosts Tauseeq Haider interviewed her.

A digital media professional, Salma had been planning to visit Pakistan for over five years, but each time, she was forced to reschedule her plan because of some problem she had no control over

According to Salma, she was very little when she developed an interest in South Asia, sub-continent and especially in Pakistan, its culture and its origins. During that era, social media was non-existent, therefore, it was through movies and print media that Salma remain connected with this part of the world. As she grew older, she increased her studies and research about Pakistan. During the interview, Salma told how the culture of Morocco was similar to that of Pakistan. She cited the example of weddings and said that as Pakistan has mehndi, baraat and valima, Morocco has similar wedding events but with different names. 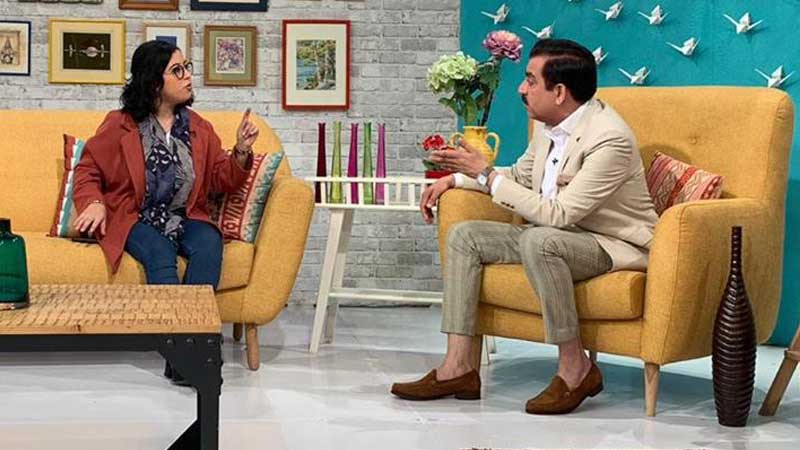 Salma’s interest with Pakistan further developed when she was the national vice president of Outgoing Exchange at AIESEC’s Morocco chapter, world’s largest youth-run organisation. She was responsible for sending Moroccan students for internships in other countries and it here she met and befriended more Pakistanis and people from South Asia. Salma felt heartbroken that people in her part of the world are unaware of the positive and beautiful side of Pakistan but was hopeful that her narrative of Pakistan and the pictures she took of the country’s metropolis and its life will change global perceptions about Pakistan for the better.
Salma is also an ardent fan of Pakistani literature, classical music and the poetry of Faiz Ahmed Faiz. The places Salma visited during her visit to Pakistan included Karachi, Lahore, Islamabad, Haripur, Taxila, Bhurban, Murree, Peshawar and Patriata.
The writer is an independent researcher, author and columnist. He can be reached at omariftikhar@hotmail.com