Celebs from both sides laud PM for IAF pilot’s release 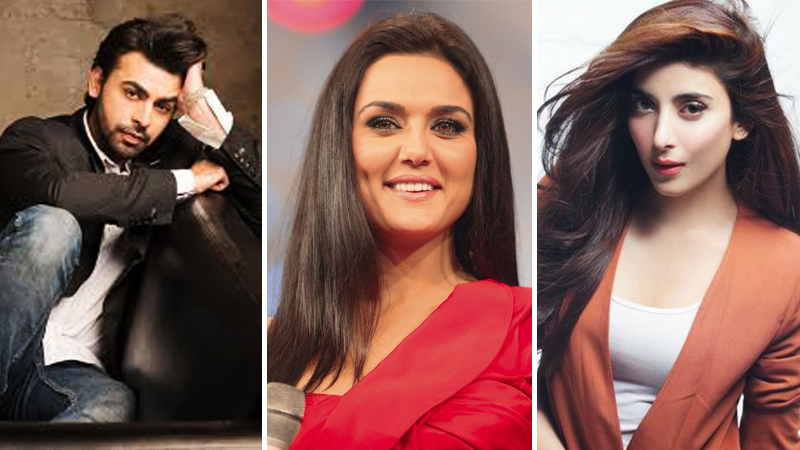 Prime Minister Imran Khan’s announcement that Pakistan government will release the captured Indian pilot was welcomed by actors from both sides of the border. Celebs took to Twitter and appreciated Khan for his peace initiative. Actress Urwa Hocane tweeted: “What a time to be alive Alhumdulillah – My Pakistan , my PM @ImranKhanPTI and Pak Army has made me feel another level of pride today – I am in tears to see my entire nation stand together for #Peace ! Such an epic clap back in the face of all warmongers! #PakistanZindabad”.

Actor Farhan Saeed said he was proud of Imran Khan and Pakistani Media for showing restraint: “I have never been more proud of being a Pakistani, proud of my Prime Minister, my army who want peace , my media who has been so responsible, my people who are all advocating for peace. SICKENING to see Indian media spreading war hysteria among its ppl. #PeaceNotWar #SayNoToWar.”

I’m so proud to see Pakistanis from all across the board promoting peace, encouraging dialogue and calling to de-escalate an already volatile situation. The PM’s gesture to release the IAF pilot is just the kind of diplomacy both sides need right now #notowar, Ali Rehman Khan wrote.

“This is how you rule a country & many hearts with grace & dignity. The slogan of “HUMANITY FIRST” is written all over our decision.@PTIofficial #SayNoToWar#PakistanZindabad,” tweeted Mawra Hocane

Bollywood actress Preity G Zinta also advocated for peace. “Being an army kid I can say confidently that the only war India & Pakistan should fight is against terrorism, poverty and illiteracy . Full stop. #SayNoToWar #SayNoToTerrorism #Jaihind???? #SaluteOurForces ,” she tweeted.

Model turned actor Shobhaa De thanked the Pakistan government for releasing the captured pilot. Thank you people of Pakistan for sending our hero back to us. Well done @ImranKhanPTI Welcome home Abhinandan Varthmaan. #SayNoToWar, she wrote on Twitter.