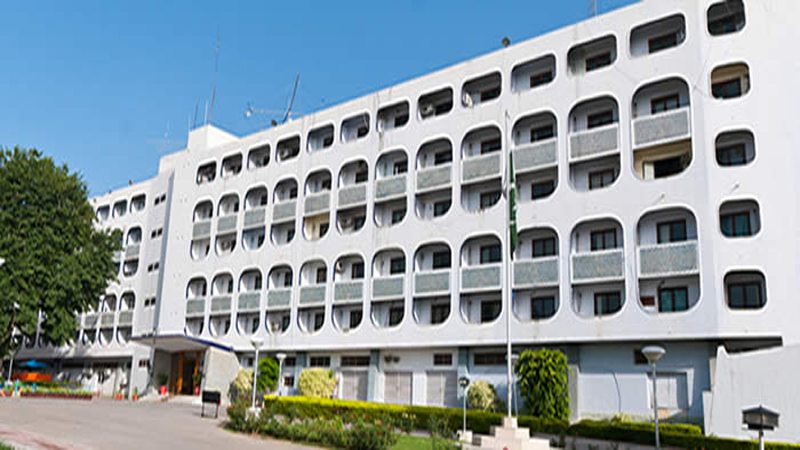 Pakistan on Wednesday summoned Indian Acting High Commissioner Gaurav Ahluwalia and condemned the unprovoked ceasefire violations by the Indian occupation forces along the Line of Control on February 26 in Nikial and Khuiratta sectors which resulted in the martyrdom of four innocent civilians and injuries to six others.

The martyred civilians have been identified as Mottia Bibi, Zarina, Gulfaraz and Shehnaz.

According to a Foreign Office statement, Director General (SA&SAARC) Dr Mohammad asked the Indian envoy that New Delhi should respect the 2003 ceasefire arrangement, investigate the incidents of violations, instruct its forces to respect the ceasefire in letter and spirit, and maintain peace on the LoC and the Working Boundary (WB). He demanded that the Indian side should permit United Nations Military Observers Group in India and Pakistan (UNMOGIP) to play its mandated role as per the UN Security Council resolutions.

According to the statement, the Indian forces along the LoC and the WB were continuously targeting civilian populated areas with heavy weapons. This unprecedented escalation in ceasefire violations by India was continuing from the year 2017 when the Indian forces committed 1970 violations, it added.

“The deliberate targeting of civilian populated areas is indeed deplorable and contrary to human dignity, international human rights and humanitarian laws. The ceasefire violations by India are a threat to regional peace and security and may lead to a strategic miscalculation,” the statement maintained.