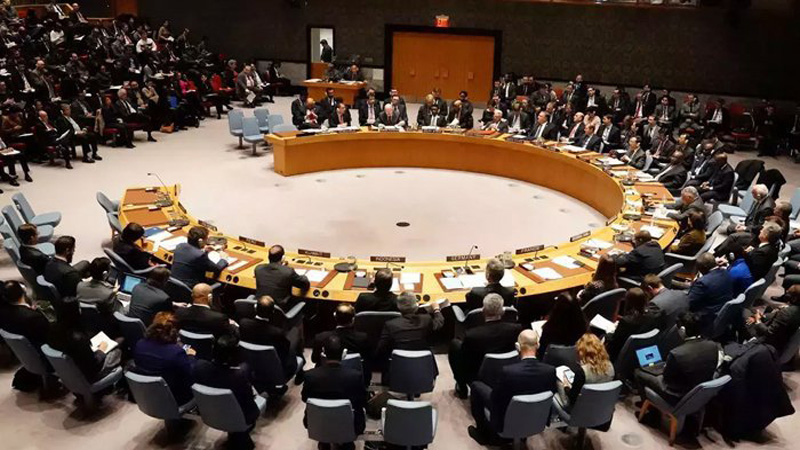 Nearly a week after the Pulwama incident in Indian-held Kashmir, the UN Security Council has issued a proforma statement which condemns the ‘suicide bombing’, rebuffing India’s intense efforts to implicate Pakistan.

The statement says the 15-member council condemns “in the strongest terms the heinous and cowardly suicide bombing in Jammu and Kashmir, which resulted in over 40 Indian paramilitary forces dead and dozens wounded on February 14, 2019, for which Jaish-e-Mohammed has claimed responsibility.”

Over the past six days, diplomatic sources said, the Indians pushed the council members to name Pakistan in the statement, but Pakistani diplomats worked hard to block the move and succeeded. The Indians are now trying to deflect their diplomatic setback by trumpeting the naming of Jaish-e-Mohammed in the statement as their victory. But, experts pointed out that Jaish is already proscribed by Pakistan as well as by the United Nations. “What are they (Indians) celebrating about?” an African diplomat asked. Also, the Security Council statement describes the Pulwama incident as ‘suicide bombing’, not a terrorist attack.

The statement said that the council members reaffirmed that terrorism in all its forms and manifestations constitutes one of the most serious threats to international peace and security. “The members of the Security Council underlined the need to hold perpetrators, organizers, financiers and sponsors of these reprehensible acts of terrorism accountable and bring them to justice, and urged all States, in accordance with their obligations under international law and relevant Security Council resolutions, to cooperate actively with the government of India and all other relevant authorities in this regard,” it added.