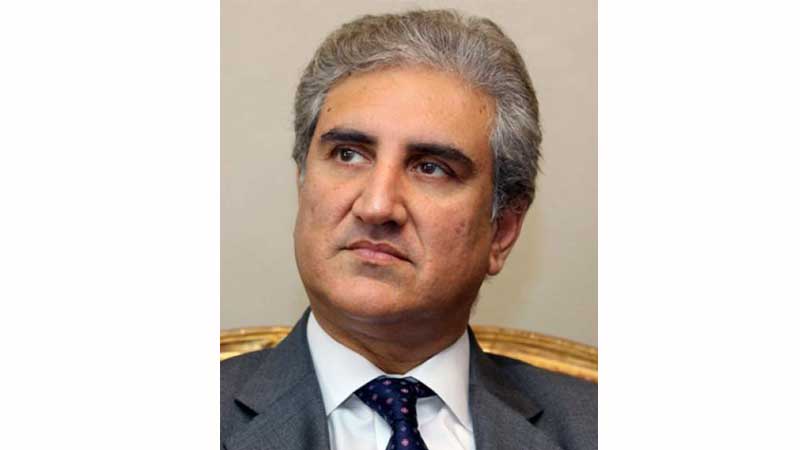 Foreign Minister Shah Mehmood Qureshi Tuesday said Pakistan wants peace in the region as unrest and chaos will not serve any one’s interest.

Talking to Pakistan’s High Commissioner to India Sohail Mahmood, who called on him in Islamabad, the foreign minister said Islamabad is seriously reviewing the emerging situation following the Pulwama attack in Indian-held Kashmir.

Mahmood was called back to Islamabad for consultations following the suicide bombing in which over 40 Indian soldiers were killed. India has accused Pakistan of having a hand in the attack, but Pakistan has rejected any insinuation that seeks to link it to Islamabad without investigation.

“We are seriously reviewing the emerging situation and I have written a letter to UN Secretary General Antonio Guterres apprising him about the situation,” the foreign minister said.

Meanwhile talking to media persons at Circuit House in Multan, Qureshi said Pakistan will not be deterred by Indian war threats. “In case of any misadventure, Pakistan reserves the right to retaliate in a befitting manner. It is easy to wage war but it is very difficult to wrap it up,” he said.

The minister said Pakistan will act promptly since India was creating an environment of jingoism among its people after the Pulwama incident. He said Indian leadership should not disturb peace in the region for the sake of its internal politics. Pakistan will cooperate in case India provides ‘actionable evidence’ about Pulwama incident, he added.

Qureshi said India was trying to isolate Pakistan diplomatically, but it would not succeed in its designs. He reiterated that Pakistan will not allow anyone to use its soil for terrorism. “Pakistan has rendered over 70,000 sacrifices in the war against terror … we can feel the sufferings and pains of families of those who have lost their dear ones in war against terrorism,” he added.

The minister also urged the leadership of the ruling Bharatiya Janata Party (BJP) to not threaten regional peace and stability with the aim of furthering their political agenda. He once more impressed upon India the need for the two sides to sit down for dialogue and resolve all outstanding disputes including that of Jammu and Kashmir.