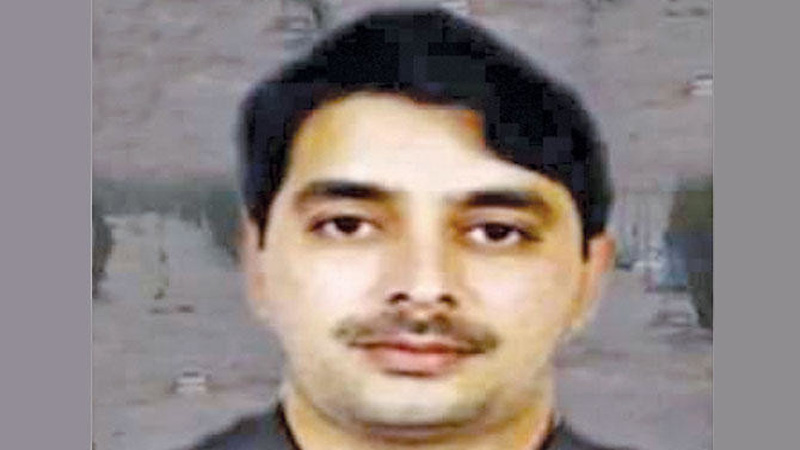 Saudi Arabia’s Crown Prince Mohammed bin Salman has called for the creation of a health center in Pakistan’s Khyber Pakhtunkhwa province dedicated to the memory of a Pakistani hero who saved 14 lives in Jeddah’s 2009 floods, Saudi state-news agency SPA reported.

The directive was issued during the crown prince’s visit to Pakistan on the first leg of his Asia tour.

In November 2009, as flash floods roared through the port city, Farman Ali Khan secured a rope to his waist and jumped into the water to rescue people.

He managed to save 14 lives, but he drowned as he attempted to rescue the 15th person.

He was posthumously awarded the King Abdul Aziz Medal of the First Order by the Saudi government and Pakistan’s Tamgha-e-Shujat by then President Asif Ali Zardari.

“What this man displayed is a rare act of heroism,” said Rania Khaled, an account executive in Jeddah. “He didn’t pause to think of where these people came from or their nationality – all he cared about was that everyone survived the terrible flood. As a result, he lost his life and that’s what makes his tale so heroic. He cared for humanity, not just his own well-being and safety.

“He set a very high example of what a human should aspire to be. Your background, race and nationality shouldn’t matter; what matters is that we all stand together and help each other. I think if people lived with a similar mindset to that of Khan, the world would be a better place.”

Khan managed to save 14 lives, but he drowned as he attempted to rescue the 15th person

Razan Sijjeeni, a photography instructor in Jeddah, said: “I think what Khan did was not only heroic but also human. It says a lot about the kind of person he was in that moment when he chose to risk his life to save others. He gives us a lot to reflect on – who we are today and how much we should value human lives that are not necessarily related to us.”

Nora Al-Rifai, who is training to be a life coach, said that she hopes Khan’s widow and three daughters continue to receive the help and support they deserve.

“It’s a nice gesture that a Jeddah street was named after him as a reminder to all of us and the next generations of his selflessness and heroism.”