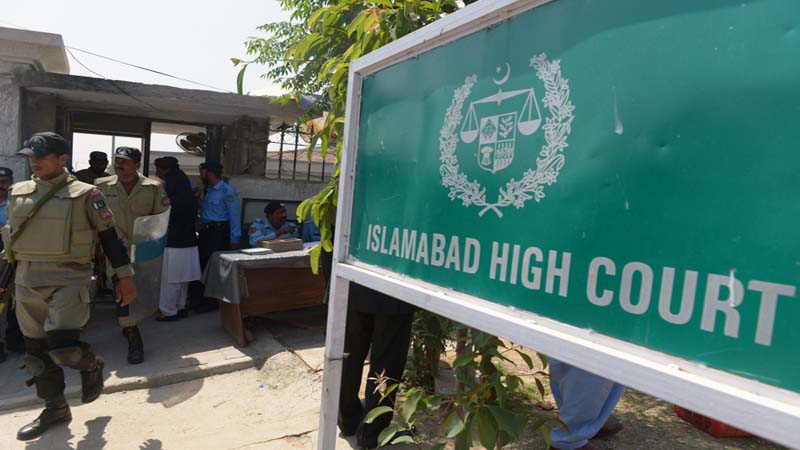 The Islamabad High Court (IHC) on Monday sought the new medical report of the former prime minister Nawaz Sharif while hearing his petition seeking his release from jail on medical grounds.

Previously, the accountability court had convicted former premier in the Al-Azizia/Hill Metal Establishment case; sentencing him to seven-year imprisonment. The Al Azizia corruption reference was filed by the National Accountability Bureau (NAB) in the light of the Supreme Court’s verdict in Panamagate case.

On the examination of Nawaz’s fresh reports, Justice Amir Farooq remarked that they contradicted each other and the different terminologies used in the two reports were misleading.

During the hearing, Haris argued that even death row and life imprisonment prisoners could also get released from the prison on hardship grounds.

Justice Kiyani asked whether the Jinnah Hospital had prepared a final medical report of the prisoner. Nawaz’s counsel Khawaja Haris informed the court that the hospital is yet to issue the final report regarding his client’s health condition.

Meanwhile, a representative of Punjab government apprised the bench that Nawaz had been shifted to Jinnah hospital on the recommendation of a special medical board.

On an inquiry by Justice Kiyani that whether the patient had any objection on his treatment from Jinnah Hospital, Haris replied that he had not met with his client but he believed that Nawaz must have some reservations as Jinnah Hospital was not a cardiology hospital.

“Heart patients are treated at Punjab Institute of Cardiology,” he added.

The bench asked about the reports from Jinnah Hospital, upon which, the provincial government official responded with an uncertainty that they are willing to do whatever the doctors recommend. Nawaz was shifted to the hospital on February 15, and was being provided with medical facilities, which was his basic right, he added.

Medical board claims Nawaz not in any imminent danger

The ward concerned of that hospital had been declared sub-jail.

The defence counsel said that Nawaz’s condition could worsen in jail and appealed the court to suspend his sentence on medical grounds.

A representative doctor of the medical board looking after Nawaz Sharif and responsible to examine his test reports claimed that the patient was not facing any imminent danger according to the given test reports and health condition.

The bench adjourned the hearing till February 20 and asked Haris to give his arguments in the light of Nawaz’s reports.

The appeal hearings against the Al Azizia and Flagship reference have also been adjourned till April 2.