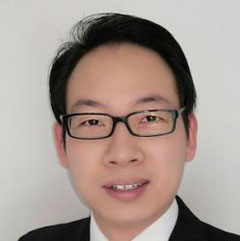 The ancient Nalanda University founded in the 5th century BC was one of the first universities in the world, and reported to have been visited by the Buddha in person. At its peak in the 7th century AD, Nalanda accommodated some 10,000 students and 2000 teachers, including the world-famous Chinese Buddhist monk and scholar Xuanzang from the Tang dynasty.

Nalanda was commonly believed to be ransacked and destroyed by an army of the Muslim Mamluk Dynasty in the 13th century, and eventually abandoned and forgotten until the 19th century. It is time to revive the past glory of Nalanda University, but its revival journey in the 21st century has been largely uneven.

The idea of reviving Nalanda was initiated during the 2nd East Asia Summit (EAS) on 15 January 2007 in the city of Cebu, Republic of Philippines, and subsequently supported by the leaders of the 4th EAS on 25 October 2009 in Hua Hin, Thailand. On 25 November 2010, the new Nalanda University came into existence under the special Nalanda University Act of the Indian Parliament.

Exactly the same day six years later, on 25 November 2016, Mr. George Yeo, a former foreign minister of Singapore, submitted his resignation letter as the second chancellor of the University to Indian President Pranab Mukherjee accusing the government of failing to maintain the varsity’s autonomy. Earlier on 19 February 2015, Nobel Laureate Professor Amartya Sen expressed regret in an open letter to the Governing Board of the University that he had to leave as the first chancellor by June 2015 due to the Indian Central Government’s deliberate inaction over his term renewal decision. Sen has long been a critic of Narendra Modi, the current Prime Minister of India.

The apparently-involuntary leave of two eminent founding chancellors, who had made great contributions to the University’s formation and development from the very beginning, have inevitably affected the University’s stability, prestige and credibility.

Too much domestic political interference in the University’s academic matters has been an open secret. Following Mr. Yeo’s resignation, the Chief Minister of Bihar Mr. Nitish Kumar, who played a vital role in the establishment of the University, wrote a strong-worded letter to the Centre, urging the National Democratic Alliance (NDA) government not to tamper with the essence behind the “idea of Nalanda”.

Unfortunately, the University has been increasingly not only politicalised but also Indianised. Since the announcement of the new Governing Board on 21 November 2016 by the University’s Visitor President Pranab Mukherjee and Mr Yeo’s leave, almost all important posts in the University’s top leadership have been or will probably be occupied by Indian scholars and bureaucrats. Allegedly, a Rashtriya Swayamsevak Sangh (RSS) linked Indian scholar has been emerging as the frontrunner for the post of chancellor of the University, and most promising candidates for the post of vice-chancellor are also Indian.

Of course, there are still four pending Board seats exclusively reserved for representatives of foreign member states, namely China, Australia, Laos PDR and Thailand, which provided maximum financial assistance during a period of three years. However, that is merely to meet the requirements by the Nalanda University Act.

Although the University is located in the State of Bihar of India, it should not be simply treated as an Indian institution. There have been many regional and international contributions behind the establishment and development of the University.

The new Nalanda University was originally designed to be an international institution for pursuit of intellectual, philosophical, historical and spiritual studies and for matters connected therewith or incidental thereto. Therefore, its operation should be largely immune from Indian’s domestic politics.

After the frequent leadership turmoil in recent years, it will likely be difficult for the University to get further supports from the international community, because Indian government’s credibility, commitment and professionalism towards the University are now in question.

Although having to leave the University with sadness, disappointment and regret, Mr. Yeo still optimistically believes that “It’s just an interruption. All great universities go through twists and turns in their development.” Yes, great things never come easy.

It took more than six centuries for the old Nalanda to be reborn from ruin, then no temporary frustration can really stop its revival journey, because it is essentially for the great renaissance of ever glorious civilization in Asia.

The writer, a 1980s China-born alumnus of the Lee Kuan Yew School of Public Policy at the National University of Singapore, is an independent commentary writer based in Singapore