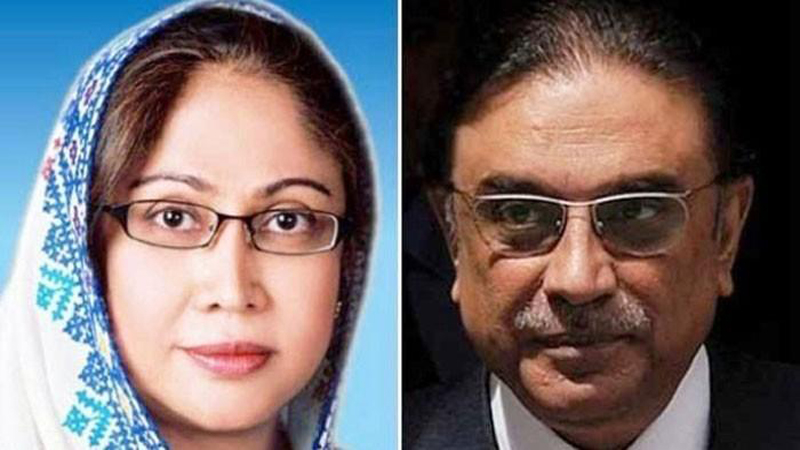 A banking court in Karachi on Thursday extended till March 5 the pre-arrest bail granted to former president Asif Ali Zardari, his sister Faryal Talpur and other suspects in a case pertaining to alleged laundering of billions of rupees through fictitious bank accounts, a private TV channel reported.

During the hearing, the Federal Investigation Agency (FIA) submitted a medical report citing reasons for its failure to present main accused Aslam Masood, who was recently apprehended with the help of Interpol.

Meanwhile, the National Accountability Bureau’s prosecutor maintained that the case should be transferred to Islamabad and said the move was approved by NAB Chairman Justice (r) Javed Iqbal. He also requested the court to dismiss the bail extension pleas. The FIA prosecutor seconded his stance, arguing that the Supreme Court’s directives in the suo motu case do not leave room for bail.

Zardari’s counsel Farook H Naek pointed out that the apex court had ordered the JIT report to be forwarded to the anti-graft watchdog in Islamabad for future corruption references. “The order did not mention the case pending in the banking court,” he said, and accused the FIA of misconstruing the SC order.

The court told FIA to submit documents if there had been any new developments in the case.

Later, the court adjourned the hearing of Anwar Majeed and Abdul Ghani’s bail pleas till February 20 and granted extension in pre-arrest bail to Zardari, Talpur and five others till March 5.