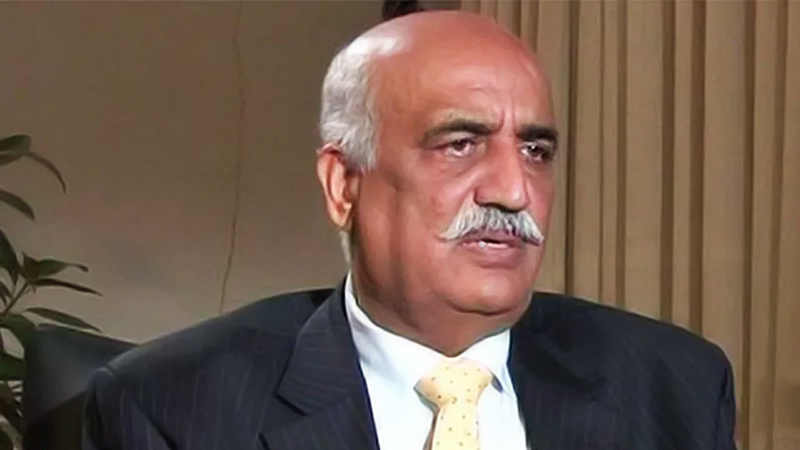 Pakistan People’s Party (PPP) senior leader Khursheed Shah Tuesday said his party will not let the parliament function if Shehbaz Sharif is removed from the chairmanship of the Public Accounts Committee (PAC).

Responding to government’s expected move to remove Shehbaz from the PAC chairmanship, Shah said if a no-confidence motion is presented against the PML-N president, “we [PPP] won’t let the parliament function.”

“PM Imran is trying to run the assembly like a container,” Shah said, adding that the government has unduly disturbed National Assembly Speaker Asad Qaiser. “A speaker has no mandate to change any member of the PAC, but can only recommend a change at the request of the parties,” he said.

Shah said Pakistan Tehreek-e-Insaf (PTI) lawmakers in the past used to chant slogans in the parliament and stand up on their tables. “If the government doesn’t change its course, the opposition will also have to resort to such tactics,” he warned. “The opposition parties tried to let the parliament function because of Foreign Minister Shah Mehmood Qureshi and Defence Minister Pervez Khattak. However, we won’t let the parliament function in a disrespectful manner. The government has failed to serve the people, and wants to get involved in fights,” he added.

The PPP leader also criticised prime minister’s recent meeting with IMF chief Christine Lagarde. “Imran did nothing but insult Pakistan,” he said, adding that one who would talk about preferring suicide over loan has presented himself before the IMF.

Meanwhile, Member National Assembly (MNA) and Pakistan Tehreek-e-Insaf (PTI) leader Raja Riaz Tuesday publically opposed nomination of Railways Minister Sheikh Rasheed as a PAC member. “PTI members are already included in the PAC and they are committed to perform with dedication. They will not allow Shehbaz Sharif do anything against the rules,” Riaz said. “There is no need of appointing Sheikh Rasheed in the committee,” he went on to say.

Several other PTI members have also opposed Rasheed’s nomination as a member of the PAC, indicating an internal disagreement in the party on the matter.