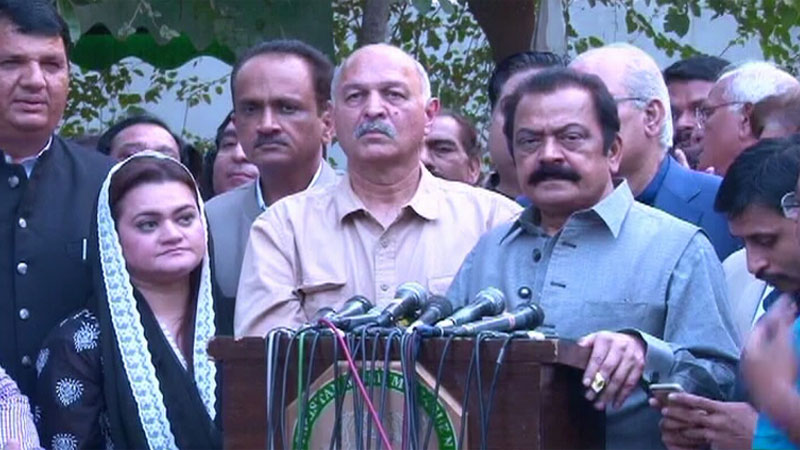 The Pakistan Muslim League-Nawaz (PML-N) on Tuesday submitted a bill in the National Assembly Secretariat for the creation of Hazara province.

The bill was moved by party member Malik Sajjad Awan and bears his signature along with those of five other members namely Ahsan Iqbal, Marriyum Aurangzeb, Rana Sanaullah, Murtaza Javed Abbasi and Malik Afreen Khan.

The move comes days after the submission of a constitutional amendment bill seeking the creation of Bahawalpur and South Punjab provinces.

“The Khyber Pakhtunkhwa Assembly had passed a resolution on March 25, 2014, for the creation of Hazara province. The resolution was supported by members from political parties on both sides of the House. The proposal, therefore, seeks to meet the very genuine demand of people from the Hazara division by creating a new province comprising the existing administrative division of Hazara,” the bill states.

The bill seeks an amendment in Article 51 of the constitution which pertains to the composition of the National Assembly and proposes that the table therein include Hazara province’s name with 11 general seats and three women seats allotted for a total of 14 seats. It also suggests that clause (3A) of Article 51 be replaced with: “Notwithstanding anything contained in clause (3) or any other law for the time being in force, the women members elected on reserved seats from the KP, Punjab to the National Assembly shall continue till dissolution of the National Assembly and thereafter this clause shall stand omitted.”

The bill further seeks amendment in Article 59 of the constitution, which details the structure of the Senate. It suggests that the total number of members be revised to 142 from the previous 96. “Punjab and Khyber Pakhtunkhwa prior to the creation of the new provinces of Hazara, Bahawalput and Janubi Punjab shall complete their respective terms of office and thereafter this clause shall be omitted,” it states.