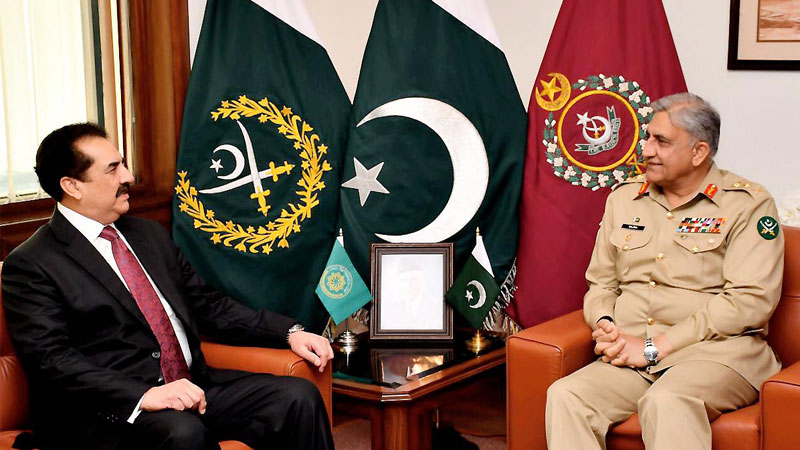 The meeting discussed matters related to regional stability and peace, according to the ISPR. The army chief lauded the efforts of the Islamic military coalition headed by Gen Raheel Sharif for enduring peace, the ISPR added.

A delegation of the Islamic Military Counter Terrorism Coalition led by Gen (r) Raheel Sharif arrived in Islamabad late Sunday. This is the maiden visit of the coalition delegates to Pakistan. During the two-day visit, the delegates will meet top civil and military leadership. Gen (r) Raheel Sharif is also scheduled to meet Prime Minister Imran Khan, reports said.

According to sources, the focus of the meetings with top civil and military leadership will be the regional situation as well as counter-terrorism measures taken by the coalition. The delegation is also expected to discuss the upcoming visit of Saudi Crown Prince Mohammad Bin Salman to Pakistan. The 41-nation armed coalition was initially proposed as a platform for security cooperation among Muslim countries and included provisions for training, equipment and troops, and the involvement of religious scholars for devising a counter-terrorism narrative.