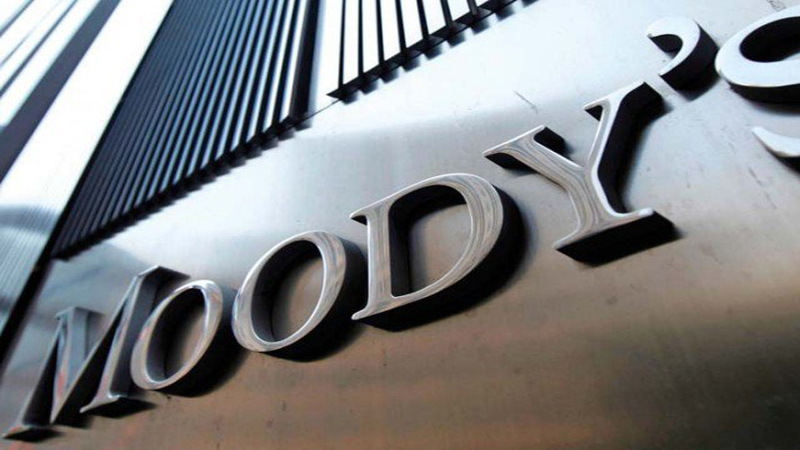 The Moody’s Investors Service Monday cut its outlook on Pakistan’s banking sector to negative, citing the banks’ large holdings of government bonds “that link their credit profiles to the low-rated government”.

“Over the next 12-18 months, banks in Pakistan will see their credit profiles challenged by their high exposure to the country’s low-rated sovereign debt and a slowing economy,” Moody’s Senior Vice President Constantinos Kypreos said in a report released Monday. “The banks’ operating conditions will be difficult, with Pakistan’s real GDP growth slowing to 4.3% in the fiscal year ending June 2019, down from 5.8% in 2018,” the report maintained.

“The Pakistani rupee has depreciated 30% versus the US dollar; interest rates rose by 450 basis points between December 2017 and February 2019; and inflation is on the rise – all factors which affect business and consumer confidence and the private sector’s debt repayment capacities,” Moody’s noted. “Pakistan’s banks face the risk of macroeconomic contagion through a range of channels, including: 1) their large holdings of government securities, which caps their credit profiles to the sovereign, and 2) from the authorities’ weakening capacity to support the banks in case of need, as evidenced by the negative outlook on the sovereign rating,” It pointed out. “On a more positive note, the banks will continue to benefit from stable customer deposits and high liquidity,” it added.

The negative outlook is based on Moody’s assessment of six drivers: operating environment (deteriorating); asset risk (deteriorating); capital (stable); profitability and efficiency (stable); funding and liquidity (stable); and government support (deteriorating). Moody’s rates five largest banks in Pakistan by assets. Together, these banks account for around 50% of system deposits.