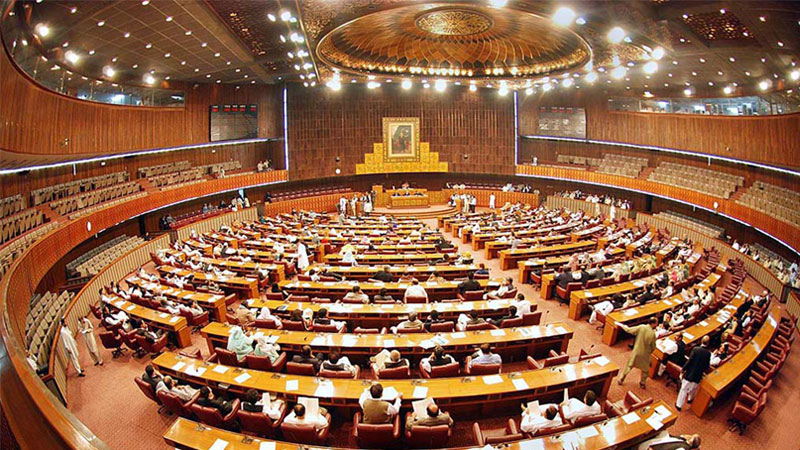 Since its inception, Pakistan has been a federation but of a kind that can be called a travesty of a genuine federation. On independence Pakistan emerged on the world scene with two wings -West Pakistan and East Pakistan – which were separated by more than 1000 km of Indian Territory. As the time passed, in the year 1971, Pakistan was left with only its Western wing while Eastern Pakistan had morphed from a part of Pakistan into a separate and independent state -Bangladesh. How this happened? This article attempts to answer this question by shedding light on the efficacy of the role of federalism in a conflict resolution with a particular focus on the federation of Pakistan.

Federalism in simple words is an arrangement whereby a constitution distributes supreme power between central government and the governments of federating units. As opposed to unitary states, authority in the federal state is broadly distributed in a pluralistic manner. In case of Pakistan until 2010, federation was limited to the presence of four provinces with authority over paltry residual subjects while center was possessing overweening power, legislating not only on the federal list of subjects but also its legislation on the concurrent list override that of the provincial.

Pakistan has suffered sorely from insecurity complex which has impacted its choice of policies. The threat that emanated from the eastern border and the knowledge of fragile existence of the nascent state with no wherewithal to protect and sustain itself propelled the power elite of Pakistan to adopt integrationist policy which necessitates the framework of government whereby the Center wield an unconstrained and excessive power at the expense of provincial autonomy. The resultant centralized federation spawned grievances among all the underrepresented ethno-linguistic groups in nearly all the provinces except Punjab.

The state-centric approach of federation and little to no recognition of the aspirations of the provinces kindled an ever-increasing acrimony between center and provinces. The imbalance in the center-provinces relations can be ascribed to twofold reasons which are directly related with the absence of provincial autonomy. In case of East Pakistan, Sheikh Mujibur Rahman proposed six point agenda couched in demands for redefining federalism in true sense on the basis of Lahore Resolution and according provinces greater autonomy in terms of political and economic decision-making. Similarly Baluchistan have harbored deep-seated grievances against the Punjab-dominated center because it believes that resources have been drained from the province for the advantage of the rest of the state while Balochistan itself has been denied the utility of same natural resources. By the same token former NWFP, now after renaming is known as KP, has voiced its unhappiness over share allocated to it from the receipt of revenue generated from the hydro-electric supply to the other provinces.

The federal government intransigence in yielding to the legitimate demands of East Pakistan led to the alienation of the Bengali population. While the apathetic attitude of political and military leadership towards the woes of Eastern wing stoked the rancor among the Bengalese, the formation of One Unit out of the Western wing to counter the numerical majority of Eastern wing and later the reluctance of federal government to concede to the visible victory of Awami league in 1971 elections proved to be the proverbial last straw that broke the camel’s back.

Federalism in simple words is an arrangement whereby a constitution distributes supreme power between central government and the governments of federating units. As opposed to unitary states, authority in the federal state is broadly distributed in a pluralistic manner

The dismemberment of Pakistan in 1971 was the culmination point of the egregious policies adopted by the central government that instead of bringing reforms to dole out the due rights and privileges to the provinces carried out such actions which were never warranted and that inconceivably led to disastrous consequences in the shape of Fall of Dhaka.

In complete break with the past in 2010 political government under PPP passed a landmark 18th amendment to the constitution. Recognizing the debilitating effects of the centralized federation, 18th amendment was an attempt on the part of political leadership across the spectrum to correct the imbalance between center-provinces relations and to alleviate the concerns of the provincial governments.

In keeping with its set terms of reference, Special parliamentary committee for constitutional reforms (SPCCR) introduced a change to constitution that was widely hailed. The change was the abolition of concurrent list and the devolution of 17 ministries from the center to the provinces. This change was long overdue and after its passage has given immense power to provinces, and thus settling the long-standing demand of provincial autonomy.

Another major source of tension within Pakistan that has had plagued the relation of ethno-linguistic groups with the central government is related with the mechanism and formula of the distribution of resources. Contrary to the past NFC awards when provinces were given 45 percent of the total state revenue, the 7th NFC award, announced in 2010, provided that of the divisible pool 57.5 percent resources shall be provided to the provinces.

Previously before 18th amendment, the horizontal distribution of resources between the provinces was solely based on the population. This sole criterion of population disproportionately benefited the province of Punjab at the cost of other minority provinces. To bring the true essence of federalism in order to remove the discrepancies between provinces, 7th NFC revised the formula and brought in new criterions. The new formula provided that 82 percent of resources should be allocated to the provinces on the basis of population, 10 percent for poverty/ backwardness, 5 percent for revenue generation and collection, and 2.7 percent for inverse population density. This formula reduced the share of Punjab by almost 5.6 percent while the share of Balochistan got increased by 3.8 percent.

Notwithstanding the fact that the 18th amendment didn’t deal with the pressing issue of creation of new provinces on the basis of ethno linguistic lines that would have nipped the identity politics of nationalist political parties in the bud and gave them the incentive to focus on service delivery agenda, still the changes introduced strengthened the centripetal forces in provinces and stymied the fissiparous tendencies and toxic ethnonationalism in the provinces.