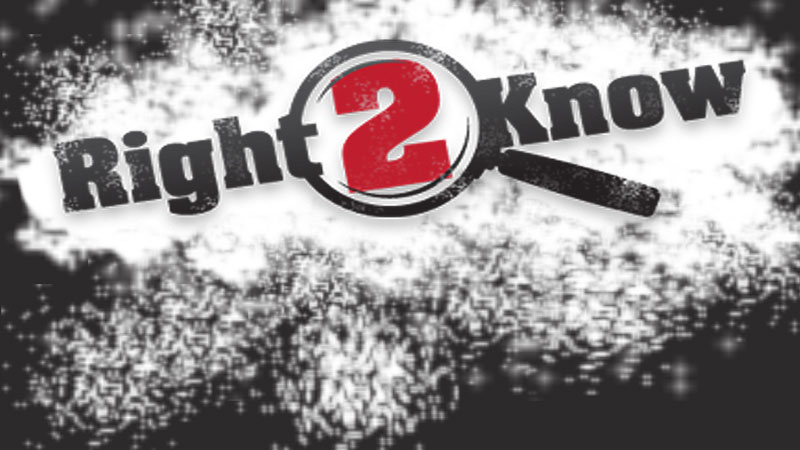 Quest to know is a democratic attitude. Knowing the world leads one to explore the world. In contrast, the quest for knowing about the elected representatives in a democratic society ensures a transparent government. Almost 50 years ago, the 36th president of America Lyndon Johnson, while signing the Freedom of Information Act at the eve of Independence Day, stated:

“I signed this measure with a deep sense of pride that the United State is an open society in which the people’s right to know is cherished and guarded.”

With United States enacting the FOI Act, the momentous event started a trickle-down effect and until 2006, according to the survey conducted by Privacy International in 2006, around 70 countries of the world had adopted right to information laws to make the government documents accessible to their masses. With similar effect, both India and Pakistan earned status of being reckoned among the countries having freedom of information laws in 2002 and 2005. Prior to the laws which shall make government documents accessible to the masses, the court rulings, in both India and Pakistan, had made precedents which alluded or accentuated the adoption or existence of laws which ensured freedom of information.

In India, for instance, in 1975 the Supreme Court ruled that for freedom of speech and expression, freedom of information was an integral part of people’s fundamental rights. In 2002, the court’s ruling inclined towards making the right to information basic right of voters to know about their elected representatives and decreed that election commission made criminal records, assets, liabilities and records of qualification public. Similarly, in Nawaz Sharif vs President of Pakistan case, Supreme Court in 1993 ruled that constitution’s article 19 which ensures freedom of speech and expression also includes the right to receive information.

The Balochistan Freedom of Information Act stands outdated given its narrow approach in terms of accessibility to information withheld by government departments. Ironically, the resolutions introduced on the floor of assembly during previous tenure mostly dealt with issues of governance, yet avoiding any debate on right to information law which has been kept in abeyance since its enactment

Comparatively, the Balochistan Freedom of Information Act remains inflicted by many weaknesses. The law suffers a morbid structural strength. The act withholds more information than it has enshrined in act to disclose. The act has failed to establish an information commission-most important body to monitor the right to information requests after the act is promulgated. Ironically, the act further empowers ombudsperson to impose a fine of PKR 10,000 if it deems that requester has filed the request with a ‘malafide’ intention. This provision gives ‘legal’ cover to the ombudsperson to reject RTI requests.

During previous tenure 2013-18, Balochistan assembly tabled round 50 bills along with introducing 200 resolutions; however, none of the bills and resolutions were related to consolidating right to information law. The Balochistan Freedom of Information Act stands outdated given its narrow approach in terms of accessibility to information withheld by government departments. Ironically, the resolutions introduced on the floor of assembly during previous tenure mostly dealt with issues of governance, yet avoiding any debate on right to information law which has been kept in abeyance since its enactment. Given that, the Balochistan assembly does not seem bind to any law to disclose the attendance of parliamentarians and may keep any RTI request in delay which castes doubt about the transparency of the assembly. Take, for example, the right to information requests sent by Free and Fair Election Network (FAFEN) to avail information about issues discussed and debated during 2013-18. Out of 8 RTI requests, Balochistan secretariat could only respond to one RTI request. In contrast, owing to having an effective RTI law, the KPK government responded 32 out of 38 requests sent by FAFEN.

On the ground, RTI laws empower the people on grassroots level. In India, the FOI law is used to ensure rations distribution when vendors avoid providing government-subsidized food to starving citizens. This, in return, ensures that impoverished citizens are getting their share and vendors are paid accordingly.Likewise, the quest to know and transparency are interwoven for increase in former ensures transparency. And, to know instils in people a democratic attitude.