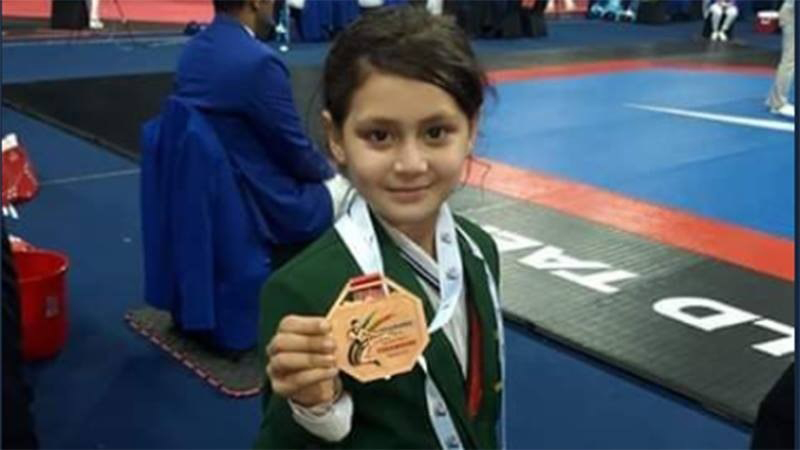 The 7th Fujairah Open International Taekwondo Championship held in Fujairah, United Arab Emirates last week saw Pakistan players take two gold, one silver and two bronze medals home. One of the bronze medals was won by eight-year-old Ayesha Ayaz. The Swat-based contender competed in the 27kg category. Ayaz, who is Pakistan’s youngest athlete to have competed at the G-1 event, returned home after the win a few days ago. During an event held in her honour, she stated that she was proud and dedicated her award to Prime Minister Imran Khan. Taking to Twitter, the PM shared the news and expressed his joy regarding the matter. “8-year-old Ayesha Ayaz has made the country proud by winning a bronze medal in three Taekwondo contests held in UAE,” he wrote. “Ayesha has also earned the distinction of being the youngest player in the country.” The 8-year-old also revealed that her next target is to compete in the Olympics. “I am working hard and practicing daily under my father’s supervision.”