China is the new emerging power of the world and it’s investment and influence are increasing in other countries of the world. Pakistan is embracing Chinese investment under the umbrella of CPEC. As huge investments are coming from China, the influx of Chinese citizens into is also increasing. On the other side, Pakistan is also revising FTA agreement with China to bolster the Pakistani exports to China. As Pakistan and China are getting closer under the ambit of CPEC, I think there is also a need for Pakistani people to understand the Chinese culture and lifestyle. In this regard, I am sharing some of my views about Chinese lifestyle.  It was a wonderful experience to stay in China for doing my PhD.

Before going to China, my image about China was that I thought of China as an average mediocre Asian country; that its infrastructure would not be much advanced than the Pakistani one; and people would not be much civilized. However, I founnd China against my expectations. People are civilized and well mannered. The cities are clean and well managed. Chinese language is very logical and user friendly in speaking and listening. Like, in English one has to memorize the names of all weekdays i.e. Monday to Sunday and all months i.e January to December but in Chinese language they say Day 1, Day 2 ,Day 3 and so on. Similarly, for months they say month 1, month 2, month 3 and so on.

One of the several things by which I am impressed in China is the strong writ of the state. Chinese state is praiseworthy in managing  a country of 1.5 billion people with almost zero cases of protests and sit-ins.

Big markets in China close at 4pm in the evening and malls close at 8:00 pm. You cannot even buy medicine from a medical/pharmacy store at night unless you go to a hospital. People sleep early and there is no busy night life as we have in big cities like Karachi and Lahore. In China, even restaurants are closed around 9 pm and it’s difficult to find something to eat after that time.

Chinese have a healthy life style. They eat fruit and vegetables almost daily. If I just compare the university culture of Pakistan and  China, I can easily say that fruit intake by students in China is higher as compared to Pakistan.

In China, there is centralized university admission test (i.e. Gaokao) for all the government universities. This test is very competitive and students put great efforts to prepare for this test so they can get admission in the discipline and university of their own choice. The interesting finding about this test is that there are some extra marks for those students who want to get admission in the universities of their own cities. This is a good policy as it attempts to keep children and parents closer as students live with their parents while studying in university. Moreover, such policy also helps in reducing travel cost, time, fuel and pollution. On the contrary, such policy for extra marks for residents of the respective city does not exist in Pakistan. 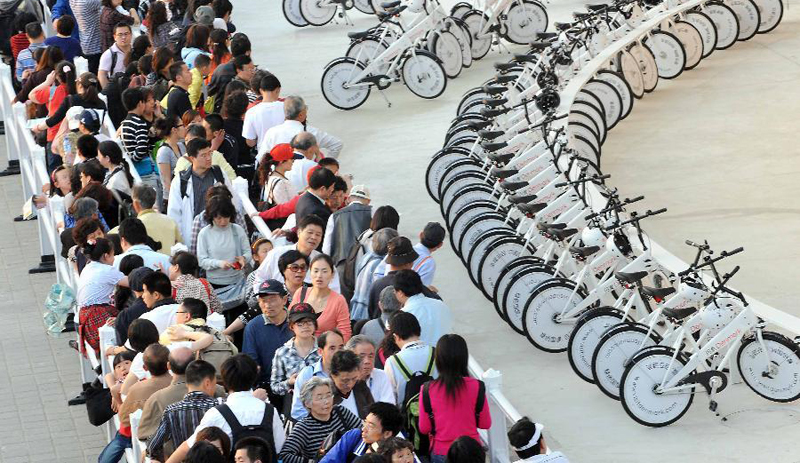 In my University, there was a centralized library with five storey- building. Sometimes, I get the seat in library easily but sometimes, I have to wait for some seat to be vacated. Many students go to library and they sit there for long time. I find their stamina of reading very high. Sleeping in the library by putting your head on the table was not prohibited unlike we have in Pakistan. Students can also watch video lectures and movies on their laptops while sitting in library.

China is making progress and the pace of this progress is very fast. Chinese people are very hardworking. Their senior generation is very hardworking. However, their young generation is bit lazy. Reason for this slackness may be that, the young people in china are the only child of their families. As they are the only heir of the families, they get plenty of wealth from their father, mother and paternal and maternal grandparents.

E-commerce is high in Chinese business environment. A large chunk of population does their online shopping by using their smart phones. They even pay for fruits and vegetables by using smart phone apps (e.g. wechat, QQ).

China focuses more on institutions rather than personalities. This feature of their society can be judged from the one observation that in China, no roads, streets, squares and popular places are named on the basis of the any personality rather they are named on the basis of directions, locations and places. Chinese model of governance and economy has given results in a shorter period of time as compared to American and European models. Several writers and intellectuals have started discussion on following the Chinese model and leaving the West’s democratic and capitalistic model.