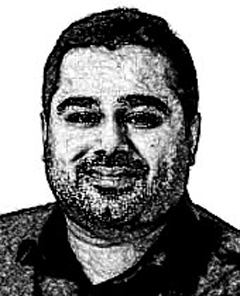 A decade ago, I attended a graduation ceremony at a well-known University in Pakistan where the provincial education minister at the time was invited as chief guest. In his key note speech, he spent the entire time praising the great sacrifices and achievements of his party and leader, while he lambasted the curse of military rule that had just receded. The keynote was an entirely biased political tirade rather than a speech that had anything inspiring or constructive to say to joyous graduating students. Then just recently, I got to hear Pakistan’s Premier give a keynote speech at Namal College. Not much had changed. There was the same sort of political whining I heard a decade back.

Universities and colleges are prime social and economic institutions in any society since they educate people, reproduce occupations, provide a structured opportunity for social mobility, create and distribute knowledge and therefore carry a heavy and growing traffic for cross-border relations. Universities also constantly contribute to government and innovation capacity since income generated through intellectual property originating from university research and rise in per capita income generated via higher education attainment are just some of the merits that assert the importance of universities as producers of public goods.

Indeed, education and politics have an uneasy relationship. On the one hand the regulations and budgets of universities are influenced by politicians while on the other hand those who operate within them want to refrain from and remain free of any political views because politics in the classroom/campus can be controversial.

Certainly, the quality and substance of speeches that departing students receive from political leaders need to drastically improve. At the very least, these speeches need to move beyond petty political victimising and conspiracy theories

Using higher education institutes (and their subjects) as political instruments is a problem that has had long term consequences. You only need to look at the how student unions have been destroyed in Pakistan by introducing political and religious elements into them and how over time this has restricted free speech and tolerance.  Hence, it is why we see innovation in the social sciences lagging and why Pakistani Universities are far behind (if not missing) in the inter-connected trading of ideas and knowledge within the global Higher Education system that possesses shared global characteristics. There can be no argument against the position that secular and apolitical higher education institutions, free from political pressures and inclinations in their functioning, will be the ones that can progress.

National leaders, like governors and teachers in education, are responsible for ensuring that they offer an objective presentation of opposing political views and need to be aware of their own biases. This is vital, for if we expect students to think for themselves, we must teach them to do so rather than enforcing our political opinions upon them. Youth being able acquire the skill to independently develop their own views is essential to democracy.

For the Prime Minister there is the need to take stock here since he not only serves as leader of the nation, but also as chairman of institutes like Namal College and Shaukat Khanum hospital while acting as the driving force behind the establishment of Islamabad National University. In such a scenario, there arises a moral challenge of being able to remain non-partisan. Ethically, this is a steep mountain to climb.

Furthermore, the Premier also has a responsibility to maintain the esteem of his high office by exercising bi-partisanship. His own credibility as a democratically elected leader is put into doubt when he begins to make claims that past prime ministers (and their established political parties) were injected into the system via military dictatorships. For the premier to give credence to the idea that the establishment brings forward prime ministers in Pakistan, will only question the purity of his own office and add to shaping narratives of his own legacy. That is, his own credibility as an elected prime minister being questioned when history books are written.

Certainly, the quality and substance of speeches that departing students receive from political leaders need to drastically improve. At the very least, these speeches need to move beyond petty political victimising and conspiracy theories. This does not mean leaders avoid talking of politics altogether.  The idea of speaking about politics at an academic occasion leaves ample space for leaders to talk about political history without taking sides and presenting only facts in an unbiased and non-partisan way, so as to allow students to take their own positions. Certainly this is a modern-day challenge that any responsible leader and government must tackle.

As far as the mandate for improving higher education and thus improving the redistribution of wealth are concerned, the empirical argument being made here is that by spending more public money on higher education and expanding its provision, governments can improve public participation in higher education and offer them social upward mobility. In layman’s terms, this can be interpreted as ‘putting your money where your mouth is’ and to ‘walk the talk’. Will this government rise to the challenge since subsequent governments have never even managed to raise universal education spending to even 3% of total GDP in any real terms. Which is a position worse off than Afghanistan (3.6%) and Rwanda (3.9%) that have managed to spend better on education compared to Pakistan (2.5%) in the last aggregate five year period (2013-2018).

Can the current leadership resist the temptation of doing what those before have always done? Which is heaps of political victimising and no civic progress.  Sincerity and delivery to the next generation will be judged on more than just mere words and assurances.

The author is an academic based at a British University