* I also lived in a small town in Baharan. In actuality, the circumstances were not good in any corner of my village but our town's Hudi, meaning Huda Bakhsh, was heedless of the situation 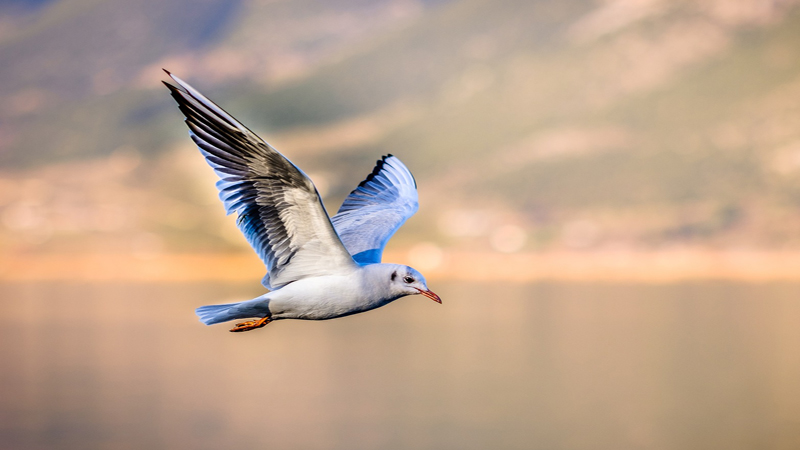 Everyday a dead body was found. Every day a ruler attacked on a town and robbed the houses.

Some people became the victims of firing of the soldier-at-arms and some were captured and taken. No one in the town was in peace. Many residents had migrated from Baharan that there was a war going on.

I also lived in a small town in Baharan. In actuality, the circumstances were not good in any corner of my village. But our town’s Hudi, means Huda Bakhsh, was heedless of the situations of Baharan and until I remember, he had been working in a chief’s garden. Whenever someone gathered with Hudi, his mouth would have not stopped praising his chief. It was not his fault either because he was yet unaware of what society and town were; in early morning’s call for prayers he went to the oasis and came back home at night’s call for prayers. This was his short life.

It had been a long time that I had not visited the oasis in Hudi’s gardens and had a gathering with him. He was a very affable person. I liked his words besides the praises of his chief. One day, I asked him some questions. During our conversation, I asked, “Hudi, who do you like the most in our town?”

He replied with glory, “I like my chief the most.”

I asked again, “What do you think, does not anyone else exist in the society who is greater and more respectful than your chief?”

He reacted, “What sort of words you are uttering? There is no one to compare with my chief.”

Hudi praised his chief a lot that I got tired of listening to his words. Hudi was still continuing when I again asked, “Who is your best friend?”

He responded, “I don’t have any friend. If someone believes me then I have only one friend.”

I assured him and asked who his only friend was. He looked up to the sky and said pointing, “See that bird which is flying? He is my friend.”

I was hoping that he would take my name but he didn’t. I giggled and told him that it was only a bird.

“But he’s my friend,” Hudi insisted.

After my questions, Hudi seemed lost in thought.

And then he said, “For the last few days, my chief has been visiting the garden once in a blue moon. If he comes, then he has two more guards with him and two more chiefs have also visited here. They too have many guards. I have heard my chief’s and their conversations. I’m very tensed for my chief.”

I asked him, “Hudi, what have you listened?”

He answered, “Oh, me and my understanding power! I didn’t clearly understand what they said but I know that my chief is involved with the rulers and robbing the people of Baharan. In the fear of Baharan’s rebellions, he is not wandering nowadays. I’m very worried for my chief. May Allah protect him.”.

It had been long since I had visited the oasis in Hudi’s gardens and had a meeting with him. He was a very affable person. I liked his words besides the praises of his chief. One day, I asked him some questions. During our conversation, I asked, ‘Hudi, who do you like the most in our town?’

After some days, I went to the main bazaar of Baharan for some work. It took a long time to be there because of the harsh situations. But when I returned back to my town, the situation was very grave. It was as well the season of rains and it had been raining for the last three days continuously.

After two days, the rain stopped but the circumstances had worsened owing to which, no one could come out of their home; because of the huge fear they had of the rulers and the Baharani group. Because of this fear, I had not seen Hudi for a long period. I missed the innocent Hudi and I heard that it was dangerous to move towards the oasis.

After a day, thankfully, people started coming to the mosques for prayers. I offered the evening’s prayer and went to Murad’s shop, asking for Hudi.

“Has Hudi passed from here?”

He replied, “It is more than 10 to 15 days that Hudi has not passed from here. He must be in the oasis in his garden. He has sacrificed himself for his chief’s possessions and he has no one to ask for him in the oasis in these bad circumstances.”

I bought a few snacks from Murad’s shop and decided to head over to Hudi’s abode in the oasis. As I reached the oasis, the sound of firing could be heard as if from nowhere. Because of the fear, I hid myself in the nearby field near the bridge.

The sounds of gunshots arose from all sides of the oasis. Most of the sounds were coming from Hudi’s gardens. I began imagining the worst. I regretted for coming out in the oasis and wondered where Hudi would be. After a great moment had passed, the sounds died. I also came out of the field and went to Hudi’s garden in haste. When I reached near the shed in Hudi’s garden, the load of dry grass started moving in front of me that sent a shiver down my spine. And then I spotted Hudi who was bleeding. I rushed towards him and found him quite critical.

“During the firing, I went underground under this load but two bullets struck me,” he said.

“But why didn’t you come over in the town in these conditions,” I asked him angrily.

“I couldn’t deceive my chief and the oasis. Today I, Hudi, will tell you two things; one, if I die then bury me in this oasis and second, in our town there is no real and sympathetic chief. But this oasis has a chief who has not left this oasis despite the worst circumstances,” he said.

I felt that Hudi had many complaints about his chief. Before he breathed his last, Hudi pointed his hand towards the sky and uttered, “The chief of this oasis is that which is flying.”

I looked up and saw a flying bird.

This was originally a Balochi story written by Ahmed Umer. The translator is a teacher at Dynamic English Language Teaching Academy and can be reached at alijanmaqsood17@gmail.com