* We reached our first destination which was called Parhila. On reaching Parhila, we took a break of 30 minutes in which we straightened our feet and took heavy gulps of water 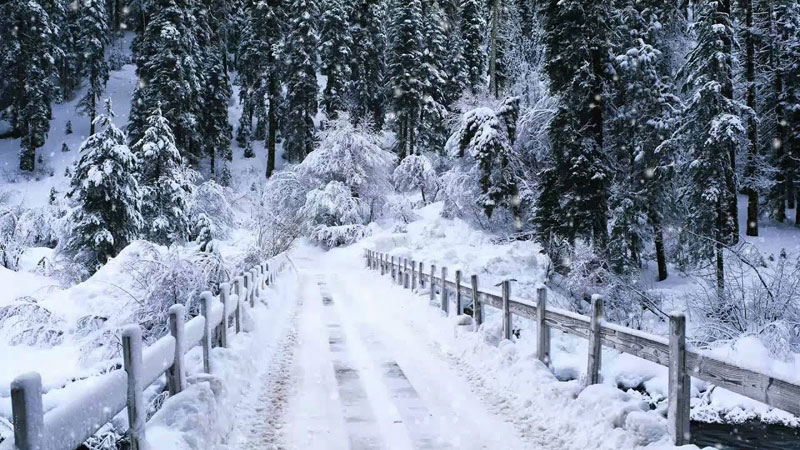 A trip to Murree is an expedition of adventure and is a popular choice for refreshment in Pakistan. Murree is a mountain resort town, located in the Galyat region of the Pir Panjal Range. It has an average altitude of 2,291 metres and is about 30 kilometres northeast of Islamabad. My friends and I planned visiting Murree after years of dodging hectic routines. All arrangements were completed but a night before leaving, an interesting breaking news popped on the television. The ticker strip repeated that heavy snowfall has made Murree look like never before. This got us even more excited and we revised our packed bags with winter wear and furry accessories. The next morning, at 6am while leaving from Lahore, together we witnessed the dusty grey sky hiding the sun under a blanket of clouds. It showed the ethereal beauty which proved Almighty the only greatest artist painting with smooth strokes. The up-beat playlist and friends’ company complemented our journey greatly. We stopped at Mianwali Restaurant for breakfast and short stops at dhabas for tea while on journey. Hours passed capturing moments. Our drive upwards Murree hill station began and so did the cold breeze. On reaching the Pindi point with our driver trying to keep us safe from the slippery highway, stacks of snow caught our attention as all the trees turned white with hints of green shade which gave quite an eye-catchy view. People were enjoying and capturing aesthetic pictures. Suddenly, it started snowing again. This was the first time my friends and I witnessed snowfall. It felt like cotton balls dropping over us, covering the hills with another thick white layer of ice. Booked hotels and open air kitchens on road sides are the bouquets of the hill station. The carts of fried nuts are highly in demand. On reaching our hotel, we rested for a while as the scenic view from our room appeared panoramic to our eyes.

The guide suggested us to hike. Hiking in snow is difficult with heavy boots. We started to walk on the track which was visible to us by the rough rocks that bedded the floor. Walking on this road was a difficult task as the rocks pinched the sole of our shoes putting great pressure on our heels and toes. Taking short breaks was necessary due to the weather condition.

We reached our first destination which was called Parhila. On reaching Parhila, we took a break of 30 minutes in which we straightened our feet, took heavy gulps of water and captured the beauty of what was around us in our cameras. After the break, we resumed our journey to hike towards our next destination, Rakhola. Our spirits were still high for reaching Rakhola and that was because we heard from the natives that there were a few restaurants in Rakhola as well. We kept on walking on that same stony path. Later, when we came back, we felt an adventure being accomplished. On our way back to the hotel, we ate delicious food at Murree Mall.

In this snowy weather, the main adventure attraction of Murree was hiking and food. Capturing pictures was an important part too. Most of the areas in this hilly station are blocked to prevent loss of life and property from land-sliding

In this snowy weather, the main adventurous attraction of Murree was hiking and food. Capturing pictures is an important part too. Most of the areas in this hilly station are blocked to prevent loss of life and property from land-sliding. We enjoyed our hour-long adventure creating memories but on running back into hotel rooms, the heater became our best friend.

Murree was founded in 1851 as a sanatorium for British troops.

The permanent town of Murree was constructed in 1853 and the church was sanctified shortly thereafter. One main road was established, commonly referred to even in modern times, as the mall. Murree was the summer headquarters of the colonial Punjab government until 1876 when it was moved to Shimla.

During colonial era access to commercial establishments was restricted for non-Europeans including the Lawrence College. In 1901, the population of the town was officially 1,844, although if summer visitors had been included this could have been as high as 10,000.

Since Independence, Murree has retained its position as a popular hill station, noted for its pleasant summers. A large number of tourists visit the town from the Islamabad-Rawalpindi area.

The town also serves as a transit point for tourist’s visiting Azad Kashmir and Abbottabad.

The town is noted for its Tudorbethan and neo-gothic architecture. The government of Pakistan owns a summer retreat in Murree, where foreign dignitaries including heads of state often visit.