With the disintegration Soviet Union, the world entered into a unipolar realm. It was hoped that the lull would prevail for a long time, but alas! The ever shifting balance of power among the nations is no different than the tectonic plates in the Earth’s Lithosphere, which can jolt the ground any time and wreak havoc. Similarly, the recent recriminations between the United States and Russia of breaching the Intermediate Range Nuclear Forces (INF) Treaty followed by formal announcements by US Defense Secretary Mike Pompeo to not stand by it if Russia does not neutralize it’s SSC-8 missile systems has sent shockwaves, the threat of non-compliance with the treaty has put the regional and international players in a state of consternation. The question begotten by this inexplicable suspension and possible withdrawal is whether we are heading back into an arms race? A “neo-cold war”?.

The INF was signed by then US President Ronald Regan and Russian premier Mikhail Gorbachev in 1987 to put bars on surface launched Nuclear tipped delivery systems which have a range of 500 KM to 5500KM. While the NATO members believe that Russia has breached the terms of the treaty, Russia has gainsaid the allegations and has said that the missile is complaint with the INF treaty by having a range shorter than 500 KM. It would be too early to conclude which side of the story holds water unless inspection of the said missile systems is not carried out but things seem to be more entangled than what they appear prima facie.

The fundamental lacuna in the treaty is that there were only two signatories which were two superpowers at that time. One may assail the tunnel vision of those who never foresaw that after two or three decades many new players will emerge other than the US and Russia, who will acquire technological capabilities to indigenously produce such missile systems and that is exactly what has occurred. China has produced missiles which the US and Russia cannot produce under the treaty, other regional countries like Iran are also capable of producing such weapons delivery systems. The INF agreement between the US and Russia is like a marriage in which everything has gone sour and both the parties want to opt out of this contract but they are worried about the opprobrium which they will incur at the hands of the international community.

Another factor on the radar is that the US has taken cognizance of the fact that it is losing its international clout and cannot rule the roost with impunity, the Russian intervention in Syria issue to stop the US from deposing Bashar al Assad regime was the turning point for US to recalibrate its compass. On the other side of the spectrum is China with its booming economy. Beijing has tipped the trade balance in its favor and is all set to outgrow US in the economic arena despite trade tariffs being imposed on it by Donald Trump. 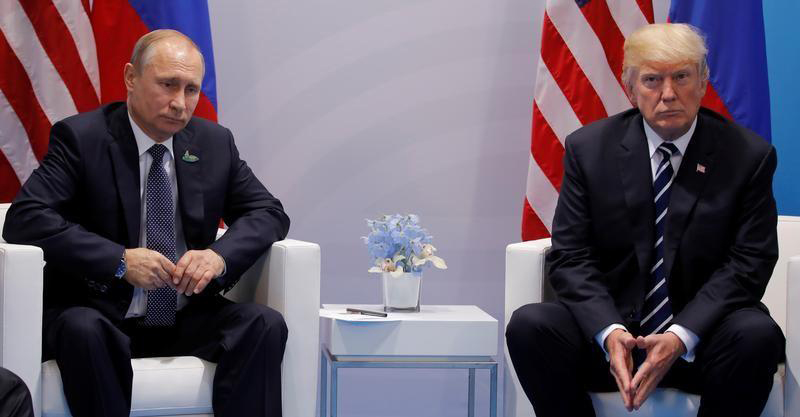 With so many irons in the fire US seems to have been discombobulated, she is now trying to sort out things and has decided to focus on competitors like Russia and China which can jeopardize her position as the most powerful state rather than indulging in war on terror mantra. The reason for talks with Taliban in Afghanistan and devising plans to completely withdraw from Afghanistan is a premonition of the fact that USA is now girding up its loins and is going to lock horns with the eastern powers. It has dawned upon those in the Pentagon that the only way the US can sustain itself is through hard power and by accoutering itself with sophisticated war machinery.

However, this neo cold war is not going to be carried out like it was in the past, the number of players is no longer limited to two. Whether they want to or not, the states will have to align with major powers. This time around the Eastern Bloc with two heavy weights China and Russia packs a combined deadly punch and before starting a new phase of tensed relations these major players need to think of their people and contemplate before any policy is followed.

With such treaties finding dustbins as their resting place, it would send a message to the world regarding the way such agreements are honoured by major players and would erode the confidence and trust among regional players owing to the recent backtracking on such agreements. Not too long ago the US took an about turn on Iran’s P(5+1) nuclear deal later on casual attitude was displayed while dealing with North Korea as well.

In international relations, small exchange of words by firebrands can cause escalation in no time. Gavrilo Princip would never have fired had he known that a single bullet from his pistol that killed Archduke Franz Ferdinand would kindle a flame that would engulf all of Europe in its flames which we now recall as World War 1. Today, after the creation of nuclear devices any wrong move can spin things out of control and these words by Einstein do explain the scenario better than anything else, “I do not know with what weapons World War III will be fought, but World War IV will be fought with sticks and stones.”

It is high time that jingoism be put in cold storage and a more calculated approach be followed by the US and Russia, which can ensure that people around the world do not live under the dark clouds of war hovering over their heads and the resources which will be shoved in this insatiable furnace of war should be channeled to fight issues like poverty and climate change which are hanging like the sword of Damocles over the fate of this planet and its species.