Longevity has its place as Qatar’s project 2022 reaps rewards 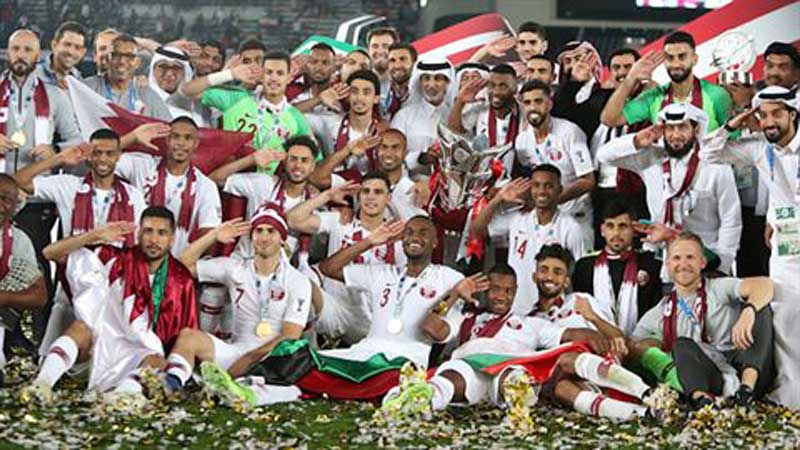 He may not get there with them, but if Qatar’s fast-improving squad do make a decent fist of their World Cup campaign in 2022, the host nation will have plenty to thank Felix Sanchez for. On the face of it, the amiable Spaniard has transformed the footballing fortunes of the oil-rich nation since taking over as their 11th head coach in the space of a decade in July, 2017. After finishing pointless and ranked 13th out of 16 teams at the last Asian Cup in 2015, not a great deal was expected of the Qataris, 93rd in the FIFA rankings, in the United Arab Emirates. Sanchez had expectations, however, and his team fulfilled them, storming to a first continental title with seven wins in seven matches – four against former Asian champions. “This is one step more to continue developing the team,” Sanchez told reporters after the 3-1 final win over Asian powerhouse Japan.

“We play another big tournament in the summer and we will be ready in 2022 to represent Qatar as a really competitive team in the World Cup.” The roots of the Asian Cup triumph go back a lot further than 2017, however. Sanchez first coached many of the players in his squad at Qatar’s Aspire Academy when they were as young as nine-years-old.

He moved up with them through the age-group national teams, leading them to a first title at the Asian under-19 championship in 2014 and the semi-finals of the under-23 tournament in 2018.

Almoez Ali is one of those players and the 22-year-old striker won the Player of the Tournament award in the UAE after scoring a record nine goals. “I am very proud of working with the coach, I’ve been with him for nine years,” Ali said, before comparing him to Manchester City coach Pep Guardiola. “He’s highly intelligent.” The longevity of the relationship with the coach is also reflected on the park, not least in Ali’s partnership with Akram Afif, the gifted forward who sets up many of the striker’s goals. “Akram and I have been together for seven years and I know where Akram will be, and where he will pass, and he knows what is expected from me,” Ali said.

Compact defence: While that Ali-Afif combination is always a threat, it was the compact defence that laid the foundation for the run to the title in the UAE, conceding just the one goal in seven matches. It is likely to be sorely tested in June at the Copa America in Brazil, however, when the Qataris will play as a guest team in a group featuring Argentina, Colombia and Paraguay. “We’re not expecting to get results but just to learn because after the World Cup, the Copa America is one of the biggest competitions in the world,” said Ali. “Asia is the weakest continent for football so at the Copa America we will learn more. As a team from the Gulf, that will help us to have a better performance in 2022.”

Qatar have never qualified for the World Cup, which means they will play their maiden finals match on home soil – the first team to do so since Italy in 1934. The potential of embarrassment for the host nation, as well as the deep pockets and capriciousness of the Qatar FA, have led to the likes Zinedine Zidane being linked with Sanchez’s job. “We’re focused on our work and enjoying this historic moment,” Sanchez said when asked if he wanted to coach the team at the World Cup. “2022 is three years away and this is football, we don’t even know what’s going to happen in three weeks.”