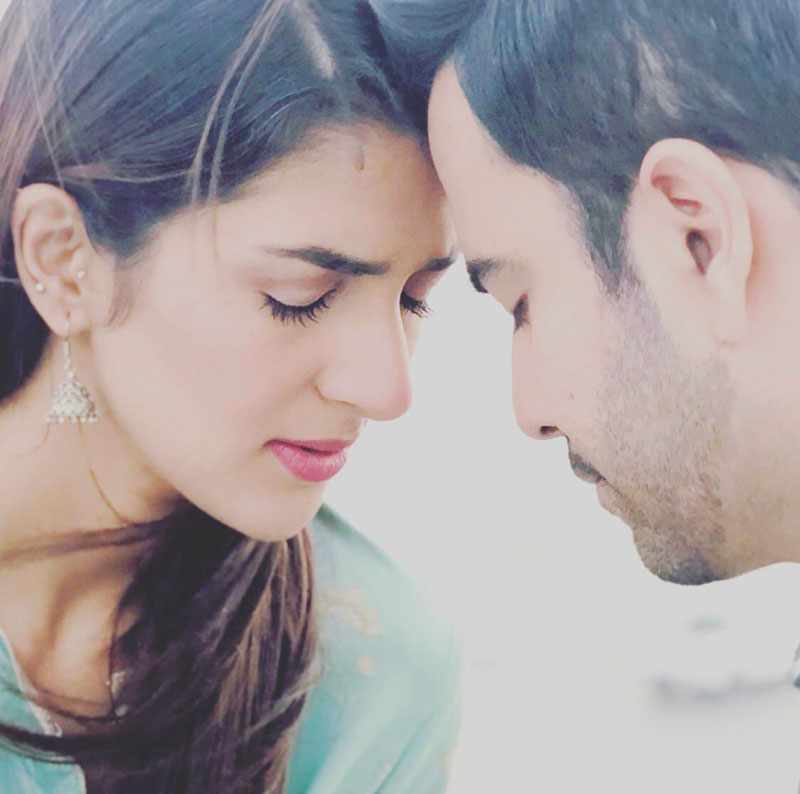 Junaid Khan began his acting career in 2011 by a sitcom. He got popularity in a very small time span because of his charming looks and versatility in his acting.

From playing an auxiliary brother at home to Nimra’s beau, the cheerful brother for younger siblings to the regarding and considerate brother of the elder sister, he is nailing his character as Aazir.

Khan is executing the allotted role with precision, while his role as intermediary between the siblings is winning our hearts and his character as a lover boy is making us fall in love with him. The other actor that outshone in the serial is Rabab Hashim herself. She is the new sensation of the TV industry. She started her career in 2012 and has taken the industry by storm mainly because of the girl-next-door looks.

The drama has only aired for four episodes but Hashim surely has excelled in the scenes where she is present, clutching the attention of the viewers with her intense emotions and eloquent dialogue delivery. This appealing performer is portraying a poor but hardworking woman named Fauzia. Her acting prowess has already made us fall in love with the character of Fauzia. Her courteous disposition has melted our hearts because of her naïvety.

Fauzia stars alongside Aazir as they both get married in the recent episode. Fans are anticipating to watch the on-screen chemistry between this amazing duo.