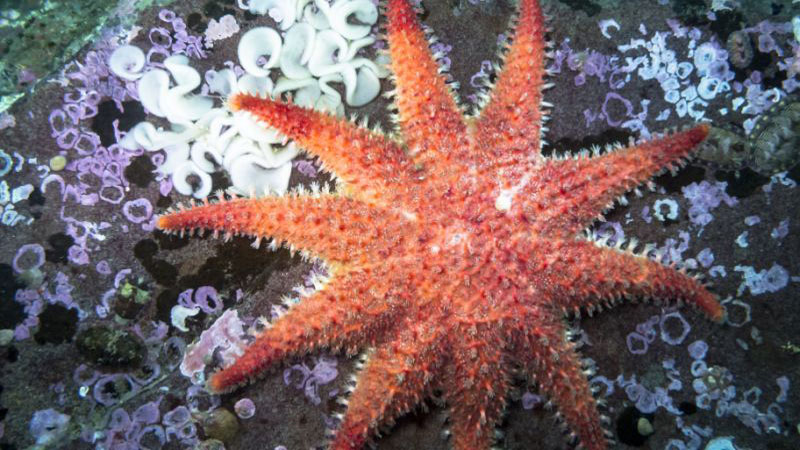 A die-off of sea stars so massive that scientists believe it could be the largest disease epidemic ever observed in wild marine animals has been linked in a new study to global warming. Creatures with the sea star wasting disease simply fall apart and progress rapidly to death, often leaving … a collection of “disconnected limbs,” researchers say.

Scientists believe a disease once of little concern has been wiping out the sea star population because of warming waters. “Increasingly warm or anomalous temperatures are being shown to influence the prevalence and severity of marine infectious diseases,” noted the study published Thursday in the journal Science Advances.

Researchers discovered that sea star devastation appeared to be particularly marked where water temperatures are highest, such as in shallow waters near the shore — though oceans water temperatures are generally also increasing. The “marine heat wave” is triggering a “continental-scale collapse of a pivotal predator,” the study notes. Since 2013, sea star wasting disease has “caused massive, ongoing mortality from Mexico to Alaska,” the study states.

“What we think is that the warm water anomalies made these starfish more susceptible to the disease that was already out there,” study author Joe Gaydos, the science director of the SeaDoc Society at the University of California at Davis, told NPR.

“To think that warmer water temperature itself can cause animals to get disease quicker … is kind of a a one-two punch,” Gaydos added. “It’s a little nerve-wracking.”

The study did not determine exactly how the warmth may have exacerbated the disease, only that it appeared more devastating the higher the temperature. Waters growing increasingly warm are known to be more stressful to sea creatures, likely causing challenges to their immune systems.

Dying sea stars can trigger a cascading ecological collapse as animals that depend on the creatures suffer in turn — and animals the sea stars eat can proliferate in destructive numbers once the sea stars are gone.

The population of sea urchins once eaten by healthy sea stars has exploded in areas without the predators. The urchins then gobble up sea kelp, destroying kelp forest ecosystems.