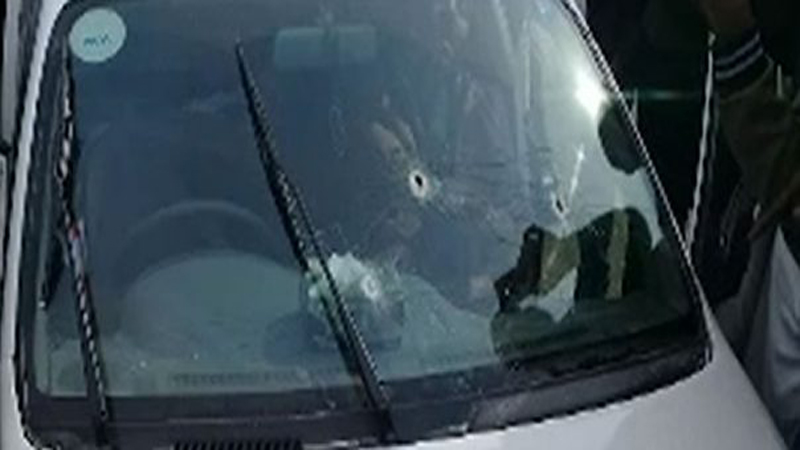 During briefing to a Senate committee, he explained that the Counter-Terrorism Department (CTD) personnel should have first checked to see who was in the car.

Four people, including three members of a family, were killed at point blank range during a fake encounter in Sahiwal on January 19. Eyewitnesses and videos filmed by the common people have exposed that the people in the car did not fire at officials as claimed by the CTD.

Punjab additional home secretary still maintained in his briefing that it was not clear whether or not the occupants of the vehicle fired at the CTD personnel. He said it would only be clear when the investigation team furnishes its findings.

Those killed in the fake encounter included Khalil, his wife and their teenage daughter – initially claimed to be terrorists. The three family members have now been declared as ‘collateral damage’.

Fazeel Asghar said it was obvious thus far that Khalil and his family were innocent.

Zeeshan, a family friend who was driving the car, was also killed in the fake encounter. CTD still insists Zeeshan is a suspect. No concrete evidence to prove him a terrorist has been brought forward so far, apart from a few photos in which he is allegedly seen with individuals claimed to be terrorists. The CTD’s version, which includes recovery of suicide jackets and other explosives from the car, is also yet to be substantiated.

The additional secretary further told the Senate committee that on January 13, for the first time, Zeeshan was spotted in a photo with two other terror suspects, Adeel and Usman, along with a car. The car travelled from Sahiwal to Faisalabad where the other two suspects were killed in an intelligence-based operation while Zeeshan fled.

A mobile SIM was recovered which pinpointed location near Zeeshan’s residence. Zeeshan’s selfie was found in Adeel’s phone as well, after which the authorities started the hunt to track him down. The car in question was not spotted by the authorities until January 19, when it was caught in a footage in Manga Mandi. It was then tracked by the security forces, the committee was told.

Asghar informed the committee that the authorities also intercepted a call from Daesh in Afghanistan in which it was mentioned that Adeel and Usman had been killed and that a major terrorist activity would be carried out in revenge. On January 17, big boxes of explosives were seized from Misri Shah.

Senator Mustafa Nawaz Khokhar, who chaired the Senate committee on human rights, pointed out that one of the children, in his statement following the tragedy, said that his father had begged to offer money so they could be spared. To this, Asghar replied that the child’s grief could have influenced his statement. In response, Barrister Saif warned not to take the child’s statement lightly.

PML-N Senator Javed Abbasi, who is also a member of the committee, criticised the provincial ministers and accused them of lying about the Sahiwal incident. “Police is involved in the killings; they will not do justice,” he said.

Barrister Saif pointed out that the police should not even be allowed to constitute the JIT as it must have erased all the evidences. “Where are the jackets and explosives that the CTD claimed to have found [from the car]? If these objects have not been presented still, it means the evidence has been altered,” he said. “If your purpose was only to kill, then it means you have become a killing squad,” he raged on, questioning how many more innocents may have been killed in so-called encounters.

The opposition in Senate has rejected the joint investigation team (JIT) over the Sahiwal tragedy and also condemned the U-turns taken by the Punjab government.