ISLAMABAD: The National Assembly Secretariat has asked the Defence Ministry to present a performance report of the military courts and Operation Zarb-e-Azb.

Sources told Daily Times Speaker Ayaz Sadiq has once again invited parliamentary leaders in the NA on January 17 to decide the fate of military courts.

On one hand, he has also invited the lone member of All Pakistan Muslim League Iftikharuddin and BNP lawmaker Esa Nori, but on the other hand Awami Muslim League lawmaker Sheikh Rasheed has not been invited.

Sources added that Defence Minister Khawaja Asif or the defence secretary may brief the parliamentary leaders on the two-year performance of the military courts and results of Operation Zarb-e-Azb and intelligence-based operations.

“We have asked seven questions to government and if we get answers on 17 January then we would take a decision to support or oppose the military courts. The government wanted constitutional amendment to reestablish the military courts for the period of another two years,” said Pakistan Tehreek-e-Insaf lawmaker Shah Mehmood Qureshi.

Military Sources said that during the military courts decided 274 cases regarding terrorism, 161 were awarded death sentence but only 12 were executed.

Parliamentary sources said the speaker has not yet decided to invite army officials to the meeting.

On January 10, major opposition parties in the National Assembly sought a briefing from the government over the courts two-year performance, besides asking the rulers why they wanted to bring back the ‘controversial’ courts.

On January 9, the government decided to start consultations with parliamentary groups in the national legislatures to re-establish military courts in different parts of the country to carry out trials of hardcore terrorists.

The meeting emphasised that military courts had played an extremely important role at a very crucial juncture of action against extremism and terrorism. 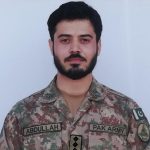 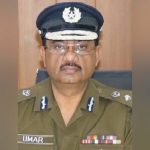 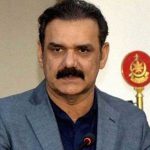 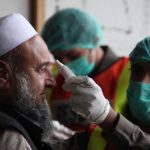