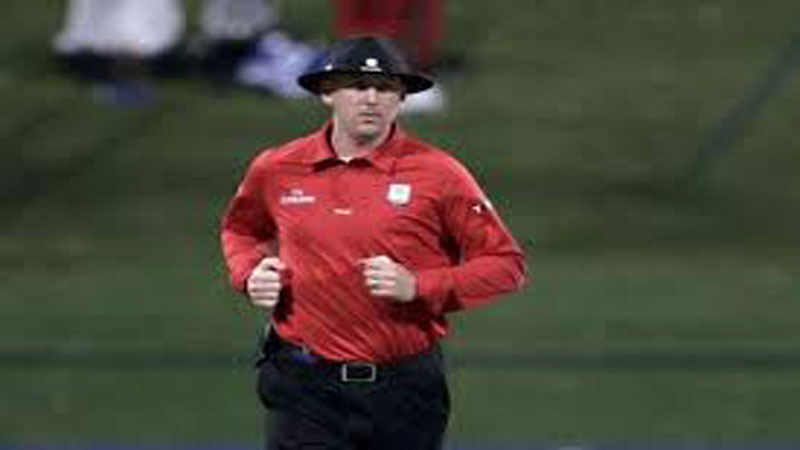 The Pakistan Cricket Board (PCB) on Friday announced that the ICC’s international panel umpire Michael Gough will travel to Lahore to umpire in the HBL Pakistan Super League 2019. Gough, 39, will umpire in the 9 and 10 March matches between Lahore Qalandars and Islamabad United, and Lahore Qalandars and Multan Sultans, respectively. Appointments for the play-off and knock-out matches will be made closer to the event, but the 12 March Eliminator 1 between Team 3 and Team 4 will be the last match Lahore will stage in the 2019 edition. Gough, a former first-class cricketer for Durham, is one of the most respected umpires on the ICC panel. He has to date officiated in eight Tests, 49 ODIs and 13 T20Is since making his international debut in August 2013. This will be Gough’s debut PSL event, in which he will also be involved in the UAE leg, which will commence from 14 February in Dubai and culminate with the final in Karachi on 17 March. Out of 32 matches in 34 days, Lahore will host three matches, while five matches will be played in Karachi.

Also umpiring in the PSL 2019 from the ICC’s international panel will be Sri Lanka’s Ranmore Martinesz. The 51-year-old will complete a hat-trick of appearances in the HBL PSL and will be based in Karachi after completing his UAE assignments. Martinesz, who played four first-class matches in the 1994-95 season, has umpired in eight Tests, 46 ODIs and 29 T20Is. Apart from Gough and Martinesz, world’s 35 top performers, including AB de Villiers, have confirmed their participation in the Pakistan-leg matches. Gough’s commitment to visit Lahore is another step in the right direction as the PCB continues to show and prove to the world that Pakistan is a safe and secure country to play international cricket.

Joining Gough and Martinesz in the UAE-leg of HBL PSL 2019 matches will be England’s World Cupper and member of the ICC’s elite umpiring panel Richard Illingworth. This will be Illingworth’s second appearance in the PSL 2019. Illingworth, 55, played in nine Tests and 25 ODIs for England, while he has umpired in 39 Tests, 59 ODIs and 16 T20Is to date.

Other umpires on the PSL 2019 panel are: Ahsan Raza, Asif Yaqoob, Rashid Riaz and Shozab Raza. All the four are members of the PCB Elite Panel of Umpires, while Rashid was adjudged as the Umpire of PSL 2018.

Aleem Dar, however, will not be making a presence in the 2019 edition due to his family engagements, which will be followed by his international appointments. The PCB, as part of its strategy to develop and provide more experience and exposure to their up and coming umpires, have included Faisal Afridi and Tariq Rasheed. The two will perform the fourth umpires’ responsibilities during the event, but more importantly, by sharing the same umpires’ room, they will learn from the best how to prepare for a match or a series, and the effort that goes into becoming a reputable and respectable match official.

Roshan Mahanama, one of the most popular match officials and a regular visitor to Pakistan in Sri Lanka’s early days, will lead the match officials’ list, which also includes Prof Anees Sheikh and Prof Javed Malik. The two professors are members of the PCB’s International Panel of Match Referees. This will be Mahanama’s fourth successive PSL. He had retired from the ICC’s elite panel in 2015 after refereeing in 61 Tests, 222 ODIs and 35 T20Is. In a fine cricketing career, the 52-year-old played 52 Tests and 213 ODIs.

Mahanama will lead the Playing Control Team for the tournament opener between Islamabad United and Lahore Qalandars on 14 February. The on-field umpires will be Rashid Riaz and Richard Illingworth, Shozab Raza will the third umpire while Tariq Rasheed will be the fourth umpire. Meanwhile, the PCB has also confirmed the three-person Event Technical Committee, which will be headed by Mudassar Nazar and will also include Dr Sohail Saleem and Usman Wahla.