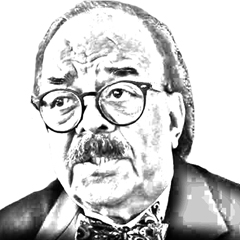 No other man-made structures from ancient world have impacted global psyche as much as the Pyramids of Egypt. Listed at the very top as Wonders of the World, the power and glory of their history speaks volumes. In that spectrum, China today with its ‘One Belt, One Road’ global initiative has activated a mammoth project of similar dimensions, and China Pakistan Economic Corridor is a jewel in that crown. These projects visible from space are superb and amazing, but how miles apart are the two and how unique are the beneficiaries?

The Pharaohs of the period were the smartest of the smart on the planet; their spoken words, respected as celestial twilights, their earthly bodies, proof of decadence, while their defecations worshiped as heavenly potions for amulets. Leisurely sliding over sleek marble floors in airy robes, absolutely convinced that upon their death some mysterious golden chariots would usher them into a new eternal journey. Their faith demanded continued decorum during their mysterious journey, so their loyal organisational teams were also sealed alive in their final tombs, the great Pyramids.

At best a failed notion, now we ponder on their legacy.

Chinese, on the other hand, have gentler and wiser ideas; they see themselves as global problem solvers in real time, they claim to be the leaders of the largest mass of people ever assembled, rather entombment of alive citizenry, they dream of downward streaming of grassroots prosperity as signs of their glory. They are not gods, they are earthly leaders, they are not immortals, they are finite, they are not novices, they have experience from ancient times.

These earth moving projects of gigathon proportions, carving and slicing the earth in smooth passages to glide trading and global mobility for new wealth, are based on friendly and collaborative styles, creating multi-directional mega traffics, with mutual rewards and benefits, growth and prosperity, all as an obligation to the human society.

CPEC Pakistan: Currently, the small exports volume from Pakistan is tragically void of any national or global branding; raw commodity, little or nothing value-added to create extra profitability or any long-term brand equity. Pakistan has immensely suffered in the last few decades due to lack of special expertise. Thus, it needs an overhaul to become a superior global exporter. No MBA programme, or any institute in Pakistan has demonstrated substance to stand up to these challenges. This is not about shipping a train-load, with some trademark, logo, slogan, this is about in-depth understanding on how to create image supremacy in the national-global markets like what hundreds of other nations have already done.

For Pakistan, to enjoy the BRI platforms, the national corporate leadership needs to start developing smart exportable strategies, and highly specialised skill sets to join in the new growth.

1-            Why ‘mobilization with digitalization’ is the new way forward for new ‘global-access-economies’? When massive digitalization creates a superior age for the nation to showcase its goods and services in these ever-expanding markets, Pakistan is decades behind on these fronts. This is not just about IT shops but also about IT-minds on a global stage.

2-            Why transportation, logistics and supply chain management are the new blood stream of economies?

When economies thrive on speed earned via logistics, it’s the operational and distribution efficiencies that will create growth. Just in time, societies demand national and global access. Pakistan can spread across the region, optimise its national advantages of languages and culture and use new thinking to become leader in this area of distribution, and digital connectivity. What’s stopping it is the lack of vision, global age skills and lack of study of regional-global maps.

3-            Why ‘extreme-value-creation’ will now dominate ‘maximum-value-manipulation’? When must real stuff creation overtake cheap and fakes and create global trading edge? Today, ‘trading of quality’ has surpassed ‘trading of volume’. The global age has smarter consumers, to differentiate between better quality at right prices over fakes and junk at higher prices. Pakistani exports are void of such skills.

However, eventually in the end, the change will be forced, the market demands enforced and the need for new global age talent creation reinforced, some will come out as winners.

CPEC, Pakistan and PTI are all under spotlights. Prime Minister Imran Khan and his teams are trying their best. The top trade associations and Chambers of Commerce across the nation sooner or later must now come under one umbrella mandated to showcase their members on global digital platforms to boost their trades. No single company in Pakistan can easily do this all on its own except under a national programme. The global accessibility of million Pakistan’s SMEs and midsize firms has been a neglected area during the last decade. National agenda to achieve extreme image management to export extreme value creation requires high-level transformational learning to jump start the skills gaps. The problems with Pakistan economic performance are no longer state secrets, they are globally visible.  The question is: do we have deployment-ready mass mobilisation programmes to transform and uplift the economy by massive relearning. Without these new global age skills, the Pakistan economy will simply stay trapped. There is no other way.

The key frontline players in the public sector, and all big and small players in midsize economy must embrace the new global age skill challenges, and become new world-class experts on new styles of commerce.

All these issues can be solved. Pharaohs had their way. China offers a ray hope for Pakistan at this crossroads. It’s happening all around us right now, we must ensure that we don’t miss the race.

The author is the founding chairperson of Expothon Worldwide, the developer of Expothon Strategy and National Mobilization of Entrepreneurialism Protocols. LinkedIn: https://www.linkedin.com/in/naseemjaved